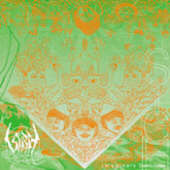 This is the first I've ever heard of Sigh, but what a hell of an introduction it was. "Imaginary Sonicscape" is the most fabulously innovative thing I've heard in metal for many years.

This band will creep you out, make you laugh, make you play air-guitar, rock out and possibly accomplish all three at the same time.