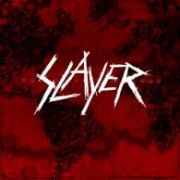 Due to whatever reason, the Rock Hard magazine awarded World Painted Blood with eight of ten points. Okay, this does not say much. These obviously insane dudes also gave eight points for God Hates Us All and 8,5 points for Diabolus In Musica. To call this assessment practice inflationary is the least I can do. Let's look the truth in the eye. Slayer's eleventh album was, compared with the aforementioned works, a milestone. Yet compared with their early classics, it left the audience disturbed and confused. Just take, for example, 'Americon'. A groovy mid-tempo number with socio-critical lyrics, is this really what Slayer stands for? What makes a band with such a success story under its belt think that it must deliver trendy tunes? I beg for a little bit more courage and self-confidence, but the disrooted four-piece - what cheek! - follows its own ambivalent ideas.

It does not make things better that 'Americon' belongs to the strongest tracks of the album in view of its challenging riffing and the coherent line after the chorus. It is a good piece, but performed by the wrong band. I doubt that it would work on your Slayer mix tape, because it has not much in common with the ferocity of those songs that established the band's once glorious reputation. Of course, Slayer's musical integrity has been already getting more and more dubious after the release of Diabolus..., but this is scant consolation. Well, maybe I am too harsh, because this is not a very representative piece. Apart from this song, Slayer play more or less the style that made Reign In Blood to a monument. Yet the divine album from the year 1986 showed the pure form of thrash at its best, while the here presented lukewarm conglomerate of noisy outbursts shocks with an incalculable amount of relatively meaningless pieces. The opening title track is more or less okay, nothing special and slightly uninspired, but okay. However, already the second and the third number just pass by. One can call them "violent" or "angry", but I would like to use words like "faceless" or "emotionless". Despite the undisputed technical skills of Dave Lombardo and the other guys, these tunes typify the fundamental problem of World Painted Blood. The legendary thrash brigade is in search of its own, once authentic rage, but this mission is futile. Try to take a trip back in time, the result would be the same.

The longer the story goes, the bigger the aforementioned problem gets. 'Hate Worldwide' has an intensive instrumental part and 'Public Display Of Dismemberment' knows how to spell aggression, but I cannot see that this kind of tunes enriches the catalogue of the band in a sustainable manner. Not to mention soulless trash such as 'Not Of This God'. Admittedly, all songs deliver a proper degree of vehemence. With regard to the status of Slayer and the formation's financial opportunities, one can surely imagine that the production is once again more or less perfect. Too bad that I am not a fan of recording technology, but of thrash metal. So let's get back to the tracks themselves. The most embarrassing one is probably 'Playing With Dolls'. It is not the worst, but Slayer have tried to compose a song that builds up a sinister tension and shines with a profound depth. Frankly, there is neither tension nor depth, just some fairly solid riffs and leads. 'Beauty Through Order', a number with a roughly comparable pattern, works better. Its first speed part does not make much sense, but the following sequence with its slightly weird guitar figures creates an adequate atmosphere of discomfort. By the way, this sequence is the only moment that really builds a bridge to the glorious past of the (fallen) thrash kings. I am sorry, but this is not enough to become enthusiastic. Perhaps my compatriots of the Rock Hard Magazine still listen to World Painted Blood at regular intervals, but I don't like to spend my time with an album that reflects mediocrity and disorientation like almost no other work.