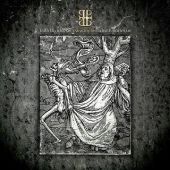 "I love romantic music. Paradise Lost is my favorite band", said the 30-something German I met on a recent vacation. He was no metalhead, and considering I had chosen to escape to a tropical atmosphere surrounded by rainforest, I was a bit surprised to hear what for me is a household bandname coming from this stranger's mouth. But then again, I wasn't.

This is an example of the generational and geographical mark Paradise Lost has made from the 90s on, in Continental Europe and beyond. They are one of the pioneers of the Death/Doom and Gothic Metal genres, and "Faith Divides Us- Death Unites Us" is their twelfth studio album.

As I was born a little late and lived a bit too far, this is the same geographical, even generational mark that I was just barely graced by. There is a sense of irrational regret as I'm listening to this, feeling that Paradise Lost should have been one of the bands I grew up on, while I was living in a place where you were lucky to have heard of these band names. Although as I'm listening to them now, over two decades from the time they started, there is such a resonance inside that somehow, I don't feel like a stranger to this music at all- as if I could easily familiarize myself with them as though no time had ever been "lost". This is apparently a band that has not lost their focus over all this time.

Stylistically, "Faith Divides Us- Death Unites Us" lies within the realm of Gothic/ Death/Doom, the "gothic" element lending forth a nuance of elegance, consistent to what this "meant" in the 90s. This album is thoroughly satisfying from start to finish. The word "balanced" comes to mind as I'm not feeling any bit of musical conflict at all. No one instrumentalist is trying to outdo another-everything comes together harmoniously and every member does their part in bringing forth beauty to the songs in a very stable formula, making each track feel truly "complete". Musical treats include several really good short solos throughout the album. Naturally, several related bands can be "heard" in the music, the most notable example being the track "First Light" which delightfully reeks of Amorphis. This album is solemn in feeling and neutral in aftertaste, and the execution is superb.

Whether you are new to Paradise Lost or have followed them since the beginning, you cannot really go wrong with this album. For fans of Anathema, My Dying Bride, Amorphis, Katatonia, and beyond, this is quality that reflects a very special era in metal, not too long ago.