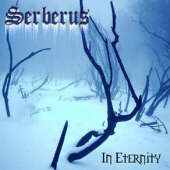 They were confident enough to send the CD to anyone who asked, and, overall, this is more than adequate for a demo disc, the four songs show real talent and determination. Two guys lend their throats to the mike here, so there’s a bit of variety, Dave’s voice is harder and more powerful, however, Ivan sounds like a slower Dani Filth.

The production is quite impressive; they chose a good studio and must have had a better budget than most other beginner bands. The packaging and booklet is also very nicely done. The double bass is powerful as hell, the guitars sharp, the vocals rasping and so on and so on. Anything wrong? Only the fact that I can say the same thing for a thousand other metal bands.

Their self-proclaimed sound-"melodic death metal"-didn’t excite me too much, since it’s becoming impossible to find a band that doesn’t claim to be "melodic". Melodic death metal, to me, is Opeth or Dissection, not this generic black/death crossover, although 'Dark Dream' does have some nice guitar work.

The songs are good, more than good, and I was impressed by these guys. But I, for one, would not buy an album because their sound has been used so much and become so damn boring.