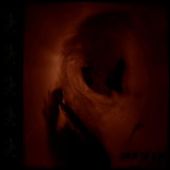 Aside from my generally low expectations from bands I haven't heard of and approved, I wasn't expecting any level of musical brilliance upon initial judgment of this album's cover or project logo. Although, as if a narcotic had self-activated in my system, I was soon hit with the realization that I'd very possibly been sent a semi-precious gem of an album. "Skullreader" is the debut output from Sun Of The Blind, solo project of Zhaaral of a band called Darkspace.

The sound can be described as bleak and thoroughly atmospheric, otherworldly, often hypnotic, and unlike many of its free-form counterparts, energizing. A coma-inducing wall of sound created by the warm fuzz of guitars, synths, and screams come together, without competition, creating a creamy, responsive consistency that surrounds you like a cloud of cosmic dust, drawing you within its trance-like vibration. Sonic guitars wail secrets of another realm, transcending space and initiating a heightened form of communication directly with its listener, unraveling a message that is direct, esoteric, and enlightening. The guitar work on this album I feel is ingenious, not least in its technicality but its voice, and seems not to be inspired by any world tradition, but from the journeys of a traveled soul. Downsides to this work would be the over-structuring of the first track, which goes against the decided agenda of the collective as a whole. The piecing together of this particular track could have been done more smoothly, in any case.

Another move I feel was a needless mistake was the appearance of the "ethereal" female voice. Even this massive wall of fuzz could not have masked the poor vocalizations and inability of the subject to sustain the proper note. Although- and you will rarely hear me say this, any disagreements become minor and soon forgiven if not forgotten as the rest of the album is ushered in, flushing out the questionable and creating a transcendent bliss within my conscious.

I highly recommend this to the small underground of complex souls who seek deeper meaning within the beauty of atmosphere. Immerse thyself.