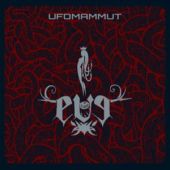 "Now the serpent was more crafty than any of the wild animals the LORD God had made. He said to the woman, "Did God really say, 'You must not eat from any tree in the garden'?" The woman said to the serpent, "We may eat fruit from the trees in the garden, but God did say, 'You must not eat fruit from the tree that is in the middle of the garden, and you must not touch it, or you will die.' "You will not surely die," the serpent said to the woman. "But God knows that when you eat of it your eyes will be opened, and you will be like God, knowing good and evil". "When the woman saw that the fruit of the tree was good for food and pleasing to the eye, and also desirable for gaining wisdom, she took some and ate it. She also gave some to her husband, who was with her, and he ate it. Then the eyes of both of them were opened, and they realized they were naked; so they sewed fig leaves together and made coverings for themselves". [Genesis 3: 1-7].

We all know what happened next. Eviction from Eden quickly proceeded. Without a court sentence, mercilessly thrown out directly to the streets. Various misfortunes fell on the man then. What has man gained in return? Knowledge. Knowing good and evil, thus becoming equal to the Creator. And the woman became Eve - giving life to all mankind. Yes, we owe everything to her. From brainless creatures carelessly jumping around the Garden of Eden, we have become human beings endowed with free will and mortality. Ufomammut, instead of sending a weed to all Eves on the occasion of Women's Day, made Eve the heroine of the forthcoming album. Now, that is a real gift.

As with previous albums, "Eve" is the next stage of the musical journey. However, this time the music trip is, in many respects, different from the earlier Ufomammut releases. Not only because of the entirely new concept (four previous albums have referred to the four elements); or the fact that this material consists of only one single track nearly 45-minutes long and divided into five sequences, each of which passes smoothly into the next. Primarily, clearly audible here are significant differences in the music layer. Few years ago in “Idolum” review, I have said that there was less 'ufo', but more 'mammoth' in it. This time the situation is quite the opposite or even more since ”Eve” is the least "in style of Ufomammut" material in comparison with all former achievements of the band.

Of course, if only the listener had previously dealt with these Italians, he should have no difficulty in identifying the team, but the fact is that the first impression of the record is that it may seem to sound a bit too 'light'. Certain beacon or signpost of chosen direction may be 'Ammonia' of “Idolum”. “Eve” is definitely the most atmospheric Ufomammut's album, where the oppressive heaviness has been pushed to the background. At the same time, one can find the skillfully combined elements distinguishing each of all previous records. So, there's a lot of outer space that sucks listeners back in like a black hole-so characteristic of “Godlike Snake”; it's a bit crushing and overwhelming burden of “Snailking”, dark atmosphere noticeable in “Lucifer Songs” and finally a kind of haunting and unforgettable tunes of “Idolum”. Through it all, “Eve” is also very multidimensional and therefore requires much more commitment to it (read: more auditions) than the previous stuff. The work as a whole is very hypnotic, loops great, the album can keep on turning in the player continuously with no weariness effect (long-distance drive? just listen to “Eve” - tested on my own ears).
Album starts exceedingly calmly but the atmosphere is growing by every consecutive minute. And finally, in the third sequence, it bursts at full power. This moment is the absolute essence of old Ufomammut, well known to all of you. Three minutes of methodical pressing into the ground. And here's the rub. Three intense minutes out of nearly 45 minutes’ worth of an album is a bit insufficient. Of course this passage is not the only heavier moment. There's even a severe violent part in the middle of the last curtain of the album. But still, I will not conceal that this is, after all, what I miss on “Eve”. It's the only thing that I may pick at. I simply would love to get ‘more sugar in the sugar’. I'm aware that these changes will be probably explained as the natural path of development, creative exploration of new forms of expression and stuff like that. For me it doesn't matter. The band has just shown that can make a step forward, do something different. The result is “Eve” - another masterpiece made by Ufomammut. I'm getting ready to award them at the end of the year, ‘cause there's no doubt that it will be more than hard for anyone to beat Italians in this music genre.

Thus, ten points? I would love to give full marks to them, as they are damn cool guys who - as if this were not enough - can create incredible and extraordinary music. Unfortunately, for the reasons described above, something prevents me from doing this. Therefore I hope do not wake up one morning with equine head cut put at the foot of my bed. You know that story I guess.