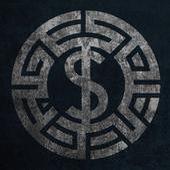 Type:
Release Date: 2009
Label: Hellas Records
Genre: Progressive
1 Flaming Flowers (Send In The Clowns)
2 I See
3 My Canvas, My Skin
4 Ride On
5 Until You Find Me
6 Satellite Children
7 Bleeding
8 Origin
9 Stranger In You
10 You Get So Alone
11 MIA

There is a minor glut of bands out there at the moment...bands that are ripping off the larger ones and passing them off as original music. I am one of those metal writers that looks for that certain sense of originality and sheer aggression in all of the new acts that come my way...that was why I hoped that Soulcage -"Soul For Sale" might just be the thing I was craving for.

On the surface, I was hearing the same old Metal and Rock ripoffs coming fast and shamelessly without any thought to it...or at least that was what I was hearing. Letting myself dive just a little deeper into the album with as much open-mindedness as I could...I began to hear each track as a individual thing rather than a grouping of same old shit. It was true that they sounded like many other bands with the heavy rock and metal leanings out there...yet it was hard to ignore that there was a spark of originality that was strong and growing with each and every track that passed.

With powerful musicianship and some pretty impressive songs to their credit (check out 'Ride On' -track 4...infectious)... it seemed that the band changed a little bit with each track as the album was going. It was as if they were maturing right before my eyes, and this strong feeling of originality began to bleed through. Whether it was by design or not, I became more aware of the talent that these young guys had and I was starting to like it.

Even at the end of the album, "Soul For Sale" was not entirely original but had gotten really close to it throughout the CD. It really was a good Hard Rock/Metal album. It was catchy, fun and had strength for such a young band. Soulcage is headed in the right direction - one more album under their belts and that will show just what they can do in all of its metallic glory. With a little maturity that comes with playing, they will find their own certain sound that will be clear what they are looking for... it is then when they will really start to kick some major ass.