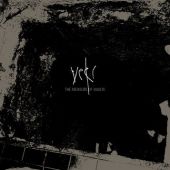 Type:
Release Date: 2009
Label: Caverna Abismal Records
Genre: Black
1 We've Lost In Light
2 Pull The Trigger
3 ...All This Things Will End
4 Novaya Zemlya
5 Obsessed In Peace Of Mine
6 Praise Be To Roach
7 Flesh Dominates
8 Revelation
9 This Spring Is The Last

Out of the ashes of Ravenshades we have Veer. This entity by itself is very raw and primitive, think older Dodheimsgard. Waves of familiar oldschool basement plodding with rattling bass and midpaced to full on artillery drums (though more of the former seems to pollute here). Hurtful dissonance and gag exuded vocals are the trip for the day. This is not supposed to be a pretty listen by any means, in fact the temper of the tracks here leaves one a bit apathetic to details. The mid range, mid tempo riffs and vocal strains wear the listener down into submerged numbness. The melodies strap on too much dissonance and too little harmony to prove any real useful energy, though I dont think this was the point. Again much like Dodheimsgard or maybe a better produced infant Ildjarn. Occasionally they hit a stride a good rythmic hook and milk the living fuck out of it, but more often than not things are jilted by blackness with juvenile movements like a second rate post punk clone. It'll draw you in with bleak wretchedness and then lull you into REM sleep with pulsing drone sweeps then kick you awake every so often to remind you that the CD is still playing with a blasting segment. With elements of neurosis-like droning on, rusting sewer pipe vocals, and a whole lot of primal riffage (think "Blood Ritual" era Samael or old Mayhem), you get a sincere blackened package but not really hinting at anything that is going to spur you onwards into some new abyss. Progress is all one could really hope for.... otherwise all is lost and this could be the first and last chance you will want to hear these guys.