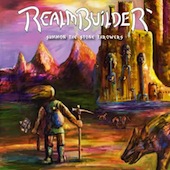 Nile are one of those bands that you can never just get enough of. Though their album, Annihilation of the Wicked was released only back in 2005, it seems like ages. Easily one of the most original and talented bands in Metal today, Nile step up to the plate yet again, and like always, they don’t fuck around. At all.

The boys from South Carolina return with their 5th studio album, Ithyphallic, and one great piece of news right off the bat is that this is the first Nile album ever to feature the same drummer two times in a row, and considering that the drummer is George Kollias, that is a very, very good thing.

One of the first things that caught my attention about this album is that the general production and sound mix is much better than it was on Annihilation.. The guitars still sound amazing, the drums can be heard loudly and clearly, and the general tone of the album is pretty old-school and raw, though it manages still to sound thick without the mud. Everything sounds crystal clear and it gives has a nice “oomph!” to it.

The songwriting itself is still classic Nile in all of their death metal glory, with quite a few new twists and turns thrown in for good measure. A lot of people complained that Annihilation... didn’t have enough of the old Egyptian sounding passages in it, so when the albums first track, “What May Be Safely Written” kicks in, a knowing smile should grace the face of just about any Nile fan out there. Boasting an intro so flawless and so brutal, you feel like you’re marching to an epic battle. And in a way, you are – because at 1:08 into the song all hell breaks loose, and you’re trapped in a frenzy of guitar riffs twisting and turning like electric eels, and blast-beats played with such silly precision that it’s setting pretty ridiculous standards. Clocking in at 8:15, it’s easily one of Nile’s most epic songs written to date. Karl finishes the song off with a pretty outstanding guitar solo.

That’s right. Death metal’s most lethal band is back to show everyone else what’s up. And what better way to do it than “As He Creates, So He Destroys”? Easily one of my favorite songs from the album, the riffage in this one is simply incredible. Riff after riff, it’s just relentless. It takes you by the neck and slams your face into the pavement. The vocals are spectacular and sound clean and well defined, and just listening to George perform his wizardry is enough to please any drum fanatic. The first lead kicks in at 1:41 (played by Dallas) and though it’s short, the bends and the feeling of it all adds a lot of character to the song. The riff at 2:17 is also notable to mention as it slays, and the passages at 2:29 and 2:36 as priceless and planned out extremely well and executed even better. The chant at 3:19 makes this song sure to be a live favorite, and riff underneath the chants are heavy enough to rattle the very calcium from your teeth.

The title track kicks in next, accompanied by a very tasteful guitar riff. The song is one of the slower cuts from the album, which mostly grooves instead of blasts. The riff at 1:05 is creepy as fuck and it probably one of the best riffs on the entire album. Karl and Dallas have perfected both of their playing and songwriting styles, with very delicate nuances of sound laid deep in the guitar riffs and harmonies. The impressive thing about this song in particular is how well the riffs just seem to flow into each other. Despite being quite complex in nature, none of it sounds forced and it just flows out of your speakers like a stream of water.

Next up is the first single from the album, and also the first track presented as a preview to the fans. “Papyrus Containing the Spell to Preserve It’s Possessor Against Attacks From He Who is in the Water” kicks in with its ingenious harmony line, then launched into full blown death metal orgasm as George totally annihilates the damn place with the sheer speed, ferocity and tightness of his single-footed blasts. It’s just amazing to listen to, and the riffs on top of it all chop and slice away with little to zero mercy, shredding the very skin off of your bones. Dallas’ vocals are just as impressive as ever, and he paves the way through most of the song.

Now, believe it or not, this is where the album gets really, really interesting. “Eat of the Dead” slowly slides and slithers out of your speakers. What you’re hearing is an 11-string fretless electric guitar, in the hands of its master and creator. Melodies of sickness are belched forth from this beast that just makes you feel uncomfortable. Though the song picks up the pace a little after the intro, it slows down yet again for some of the most memorable bits on the entire album. The section at 2:19 totally caught me off guard and launched into a speedy section right out of the blue, only to slow down again after a short while, only to slow down even further at 2:48. In all fairness and honest, this song boasts one of the best and most original sections Nile has ever come up with. The part I’m talking about starts at 4:33 and continues until the end of the song. The guitar lines here are slow and haunting, and crafted with brilliance. George contributes with some tribal sounding drums, and Karl delivers a fucking frightening vocal passage between the chants. The whole thing is very well structured and like I said, one of the most precious moments on the album.

With “Eat of the Dead” leaving you in a state of horror and emptiness, “Laying Fire Upon Apep” will quickly cleanse you of those feelings. Another incredible intro with some spectacular jazzy drum fills by George, then the band launches once again into a riff that could have only been crafted by Nile. The riff at 0:48 is also has a very militaristic feel to it, and the general feeling is of power and dominance, which is exactly what this song does. Another impressive solo from Karl, then another spectacular riff right after. In fact, I have no idea how they did that sound at exactly 2:27. It sounds like the riff is being played while raising the tone a few pitches with the Floyd, or maybe it’s even Karl bending the strings down hard on his scalloped frets. Whatever it is, it sounds fucking awesome. Speaking of Karl, he adds yet another spectacular vocal performance near the end of the song, and if there is one thing I can never get enough of, it’s Karl’s vocals.

“The Essential Salts” simply blasts its way out of your speakers and launches into yet another riff which will cause your jaw to drop to the floor by its sheer ferocity. It really does feel like you’re being hacked to pieces under the hot, burning sun. Nile is all about the brutality and atmosphere, and they capture both of these elements on tape exceptionally well. One of my favorite moments here starts at 1:26 with a flawless transition of riffs, and continues to 1:36, exactly 10 seconds, until George sets the whole thing off again which literally sounds like drum explosion in your face. Speaking of George, the double blast beat he does at 1:55 is pretty damn impressive. Karl’s lead kicks in at 2:26, and all I can say is that it sounds very relaxed, like his hands have really loosened up; no strain can be heard, and the whole thing just sounds pretty damn effortless.

“The Infinity of Stone” is a short and extremely well performed acoustic instrumental piece. Accompanied by tribal drums and various other sounds, it’s a great atmosphere piece which creates a nice introduction to the ridiculous carnage which is only known as “The Language of the Shadows…” my favorite track on the album. The intro is one of the best, if not the best, intros Nile has ever written. The song then flows into the verse, and the thing to note here is actually not the melody on top of the riff, but the riff itself in the background – it sounds fucking evil. It sounds like it was recorded in the very depths of hell, and it chops, hacks and slices mercilessly with its “wall of sound” guitar approach. Incredible, but the song is far from over. The section at 1:10 kicks the song into another gear entirely and blasts and grinds its way through your skull. Now, the first guitar solo which kicks in completely rapes, and I thought it was played by Karl, which when in fact it’s Dallas. I have no words to describe this one; its just pure, raw emotion delivered and presented in such a honest and barbaric way that I can do nothing but shake my head in awe at the thing. It’s priceless, timeless. Anything else and the song would just not be the same. The way the last notes of the lead sustain across the next verse... it’s just so goddamn perfect. Nile are at the top of their game, and they deserve every bit of credit and praise thrown at them.

The final track on the album, “Even the Gods Must Die” really is something else. A full blown, epic intro sets the tone for another grinding piece of death metal. All of the riffs here work together very nicely and effortlessly and is a nice build up to the chant at 5:34. However, the highlight of this song for me is definitely the outro, and you know something special is coming up when everyone else backs off and Karl Sanders steps up to the plate. The tribal drumming and acoustic guitar are introduced first, then Karl starts wailing away with all he’s got – and that’s quite a lot. Just listen to the solo, carefully, and you’ll quickly realize just how damn special it is. From the slow, slithering Eastern melodies, to the high-pitched squeals, everything sounds perfect, and his guitar tone is aggressive yet elegant. All of this last for nearly 3 minutes; just Karl and his own ancient civilization... which sounds like it’s just been fucking totaled and left to rot under the hot, relentless sun.

This album is totally refreshing. “Summon The Stone Throwers” is the debut from NY band Realmbuilder. Their sound can be described as “Epic”, mid-paced metal with Doom influences, yet entirely unique- a sound you’ve never heard but “recognize” nonetheless.

Down to earth and true to self, there is nothing show-offy about this band. Realmbuilder is totally at peace with themselves, and their clarity of vision shows through in the earnest songwriting. Great solos and vocal lines abound, yet things are kept simple and genuine with a retro distortion, manual imagery, and choruses that seem like they should be cheesy yet somehow never are. This could possibly be the perfect soundtrack for a dragon-filled fantasy novel, or alternatively, easing out of road rage and other such negativity.

The only thing I’d prefer is a bit of a thicker sound. Other than that this stuff went down totally smooth, and somehow listening to this fills me with a softly glowing hope for mankind.