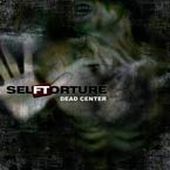 Born from the relative obscurity of Turkey, Hardcore/Death Metal act Selftorture comes ashore over here in the west and are planting the seed of crossover on our shores. It is something that we were blissfully unaware of, but they are here, and are not going to go away any time soon.

Mixing the intensities of Hardcore with the domination and blood splattering of Death Metal, this Turkish band pulls no punches, and takes no prisoners as well. Putting these two very acrid and explosive forms of music together is like adding Nitro to Rocket fuel and lighting the match. It is a very impressive explosion of pure metallic might that is powered by pure angst, aggression and total anarchy. Selftorture is a band bent on utter dominance, and all in the way they want to do it.

'Hate, Anger, Fury' kicks off the album with all of the subtlyty of having a barbed wire enema with an iodine chaser. Pain and pleasure mixes - and then the fun ensues. These guys are harsh, unrestrained and barbaric, perfect blending of styles for such a band. To make it clear what this band sounds like, imagine Cannibal Corpse mixed with Agnostic Front and then add in a sprinkling of ol’ D.R.I. That is a hell of a mix!

This is a CD worthy of being listened to, and listened to more than a few times. Don’t let the harshness and brutality of the album scare you off. This is quality stuff the band is producing. Even though the recording could have stood more time and effort in doing it the music and passions of Selftorture comes through loud and clear.