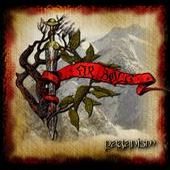 Black Metal has morphed into many forms since it had arrived in the mid 80's but it is the original, stripped down and utterly evil sort of BM that I like. It is raw, uncompromising and fucking heavy but I do have to admit that the whole folk angle that now is coming out of this genre is something I have come to really like.

Fir Bolg is a one man dark-hearted force from France (uses session players/ friends for the live thing) who plays this striped down and nasty Black Metal with a Pagan/Folk sort of tilt to it. The sound is effectively basic, yet has a this huge and massive brooding power that builds and grows while still staying raw as hell. I describe the music of Fir Bolg closely sounding like old Bathory that meets Immortal who happen to be partying with Viking thrashers Hammer Horde as well.

This four song CD (their new label has cleaned the demo up) is very impressive. Every note, melody and harsh rhythms feel as if they just leap off of the disk while singing of Celtic lore and dark, evil places that are from another time. Add in some of the most harsh vocals around... you get a sweeping masterpiece that is unbridled and far-reaching in its heaviness.

Just like a berserker warrior running headlong towards his enemies, Fir Bolg is a force to be reckoned with. The band has shown that a striped down, thunderous slab of music transcend all styles that are out there, and adds in a whole lot of evil as well. I for one, am even a bigger believer in it. This album as reaffirmed that for me.