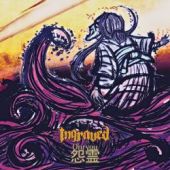 I push play on the album from Italy’s Engraved, all the while wondering what was I going to hear. Seeing the album name is taken from Japanese Mythology (being that is sort of like a Phoenix) made me very interested in hearing this band, so here I was, diving right into things.

Upon first impressions - the band was fast, furious and massively extreme in the way they conveyed it. That did not change much over the next two time I listened to it - but what did change was the fact that I was enjoying the album more and more with each play as I formulated his review, something that rarely happens to me. I usually know on the first play, but hey - there is an exception to everything.

Mixing the attitudes of Hardcore with Modern Metal and a touch of even Thrash too Ingraved explodes out with fury and passion. The title track 'Onryou' is a prime example of what they do - they take off, speeding along while still holding it all together as they do. It is that feel of the band almost being out of control yet keeping it together tightly that seems to be the key to their success. The way Ingraved has come out blasting, should get then massive amounts of respect... and that will breed fear in other bands because they will never achieve this wicked balance that this Italian outfit has going for them

I did not like the production on the album in certain spots. Finding the way it was recorded was away how Ingraved walked that fine line between musical brilliance and turning into speeding noise. With that put out there, this is still a very good and intelligent recording. I for one, think that this is just the beginning for the band (they have two previous releases) and the next one might be the one that propels them to bigger and better things.