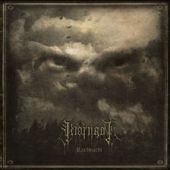 This is an album that occupies a reasonably raw, yet ferociously aggressive corner of the Black Metal genre. The music here has an undeniably evil sound that is bolstered by dissonant sounding riffing on the part of the band. This isn’t unusual for the genre and the mood is created in a good enough fashion. With this act, the emphasis is indeed placed on atmosphere over any kind of technical musicianship. The music has a tendency to sound a little dry for my tastes because of this, though I’m sure many Black Metal lovers will eat it up for the dark atmosphere it creates. The production is decent, but sounds hollow and muddles the instruments a bit.

Still, there are definitely moments that the music will drown you in the bleak template it attempts to create. At times I found myself lost in the mood that was created by the guitars in particular, as seen from 'De Wanderer'. Notes are extended for a long period of time to have an impact and this is part of what makes the album somewhat successful. Instrumentally the band is competent, but unspectacular and complemented by mediocre rasps that Black Metal purists might nonetheless enjoy. A few sparse acoustic riffs are thrown into the equation on 'Nihilistic Vision' to add some variation to the mix. The album maintains the same dreary palette for the most part, however.

This band is definitely for someone that likes an evil aura to have precedence in their Black Metal. For this reason, I don’t think I’m as qualified for this review as some might be. I found "Rauhnacht" to be moderately enjoyable, but nothing more than that. The style here is cold and convincing, but almost mundane at times. This is definitely an album that is geared towards fans of a certain style of music.