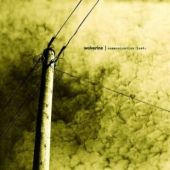 Type: Full-Length
Release Date: 2011
Label: Candlelight Records
Genre: Progressive
1 Downfall
2 Into The Great Nothing
3 Poison Ivy
4 Your Favourite War
5 Embrace
6 Pulse
7 What Remains
8 In Memory Of Me
9 In The Quiet Of Dawn
10 Communication Lost
11 A Beginning

Wolverine sets a nice ambient mood for progressive sounds with their new disc. There is just as much Progressive Rock as metal to be found within "Communication Lost" and this sound gives them a vital pureness that makes the songs sound passionate and full of life. There is no question that this is some of the most emotionally driven music I’ve heard this year.

The music is often subtle with a lot of focus on elements like piano along with the typical progressive guitar riffs that aren’t emphasized as much as can be seen from other bands in the genre. It all gets to a great start with the sublime 'Into The Great Nothing', which is perhaps one of the heavier tracks on the album. In contrast, the next track 'Poison Ivy' is a serene track that could have easily been taken from "The Acoustic Verses" by Green Carnation. Regardless of the style that the band pushes towards, there is always an excellent atmosphere created. However, the music does have the tendency to become slightly too dry and a tad boring at times. Regardless, Wolverine almost always has the ability to create music that is moving throughout the length of this excellent album. Emotional performances abound throughout this release, from the clear vocal work to the tasteful guitars.

Despite the relatively straightforward nature of "Communication Lost", it still takes time to appreciate the melodies and intricacies on it. But the travel is worth it as there is some fantastic music on offer here, a stellar album from start to finish.