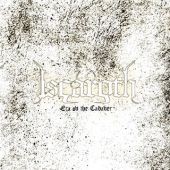 Can the pool for amazing Death Metal ever go dry in Sweden? I am thinking that will never happen. They just will keep coming in droves. Out of this rich and highly diverse scene of Death and Extreme Metal, comes a unsigned and nearly unknown band called Iscaroth to the metallic fray.

Playing what may be called a sort of straightforward Death metal, you may think that Iscaroth would not even come close to be standing out in the large and diverse Death scene. If you think that, it would be a jump to a quick and wrong judgement. Iscaroth may play what could be called as very standard Death Metal, but it is how it is done that has my attention. It sounds like it is not standard at all.

With hooks that intertwine with the brutal riffs, it comes clear rather fast, this band can kill. With five tracks only, it is a little bit of a tease, but one that is so rewarding. Each track shows the band has this maturity, shocking heaviness that also has pure melody as well not to mention they have a cup-running-over amount of talent. They took the standards and made them their own, and better.

It cannot be denied, Iscaroth plays some pretty impressive metal; no... fucking totally impressive and nasty Death Metal. If you can play standard Death Metal, and make it original and as brutal as you want - you got my vote here. This is a band that could be the next Carcass, or the next breed of Entombed. I see them breaking the mould of the standard Death very soon, and that will be worth waiting for. They have the talent to take the normal, and make it great - think of the possibility of when they naturally break into their own shit. Just think of that!!