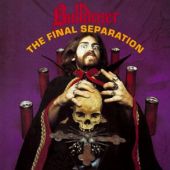 Glorious ancient times! Back in 1986, an Italian band still had an almost exotic touch. The US of A and the UK ruled, the Germans were as always a little bit behind… but Italy? Of course, they had more to offer than, let’s say, Norway. But if we knew one thing for sure, then we were absolutely convinced that Norway would never spit out a serious rock band. Not to mention metal. Or black metal – ridiculous!

Speaking of black metal, Bulldozer, the South-European bastard of Venom and Motörhead, had some percent of this style in their music. But as real bastards, it goes without saying that the dudes presented a mix of different styles like speed metal, black metal, dirty rock and some more or less funny elements showed up as well. I rather think they are not funny at all, but I am a German and this means I’m an expert in unconditional surrender or blind obedience, but definitely not in terms of humour.

The three-piece (of course the band had to appear in the classic Venom / Motörhead / Tank line-up) recorded some pretty cool numbers for The Final Separation, for example the galloping title track, the surprisingly mature 'Never Relax' and the straight 'The Cave'. Unfortunately, the material sounds pretty thin sometimes and especially the moronically titled 'Sex Symbol’s Bullshit' suffers from this mix. It remains pretty powerless in view of its feeble guitars. Fortunately this is an exception and already the following '"Don" Andras' sounds relatively vigorous again. It’s the piece that wants to emphasise the comical side of the band. To me it sounds like cheers of a group of semi-military joggers in the park on a sunny Saturday morning and I admit that it’s an original track – but I also must say that I do not fully understand why the trio recorded this number.

Anyway, Bulldozer did not sound anymore like amateurs who wanted to piss with the big players. The riffing of songs like 'Don’t Trust the ‘Saint’' is fairly on an equal footing with that of songs like Venom’s “Don’t Burn the Witch”. The boozy voice of the lead singer lies in close proximity to the hoarse rattle of Lemmy (R.I.P.) and with regard to these components, there can be no doubt that supporters of shabby underground formations don’t waste their time with The Final Separation. Nevertheless, an open question remains. Which idiot had the idea to record 'The Death of Gods'?

The closer crosses the ten-minutes-mark and to call it overlong would be correct, but simultaneously a euphemism. Bulldozer wanted to pen a monumental number, but the only thing that happens is that they fail monumentally. The song drags on and on with some drug-imbued guitar lines which have absolutely no impact. They are uneventful and pale and even the obligatory tempo changes don’t add something like dynamic, fire or spirit. It’s really sad that The Final Separation has to end like this, because with another crunchy, compact speedster instead of 'The Death of Gods' it would have been a truly casual work from the beginning to the end. But later songs like 'Yum Yum' proved evidence that sometimes the dudes of Bulldozer did not know their limitations… Given this fact, we can be happy that The Final Separation houses a lot of stable, solid and somewhat exciting metal tracks. In default of their own bands, every Norwegian metalhead should lend an ear to the album.