If it comes to bands and albums that I've immensely enjoyed lately, Consummation's "The Great Solar Hunter" is on top of the list. Everything that I look for in black/death metal is exquisitely presented on here and listening to this album just once is next to impossible. If you haven't done it yet check out the review we have, listen to the album and then read the interview. I'm pretty certain you'll press 'play' again. Enjoy. 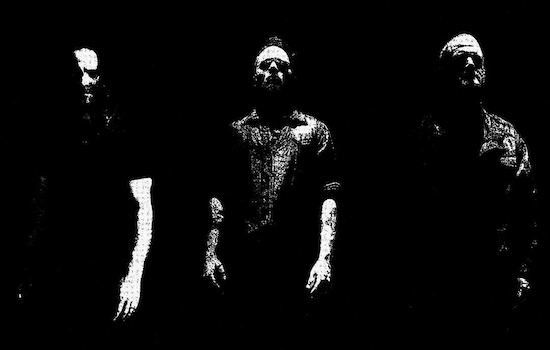 To start our conversation on a positive note I'd like to say that your album kicks major ass!!! How's everything going?

I'm glad you appreciate it. Things are going well over my way.

Summer just started but heat index around the world is already beating all kinds of records, how is Australia this time of the year?

It's winter right now but I live in Brisbane. Our winter is a joke.

Is East Coast of Australia any different than West Coast musically like it is in US?

I actually don't know a lot about what happens over on the west coast. There isn't much over there as far as I can tell. Just one major city which is roughly the same size as Brisbane - which isn't saying much as far as cities go. There would no doubt be some activity as far as underground metal goes, I just haven't been paying attention to it. Almost all of our major cities are on the east so naturally this is where the action is.

Is there more going on musically in Brisbane or Sydney, those two are pretty close to each other when looking at the map?

We have some great bands in Brisbane but things have been pretty quiet on the live front for some time. There are more international bands coming through that interest me than actual local shows these days. Sydney has some great bands as well but things seem a little quiet down there too.

Ok, let's talk music. I started the interview from kissing up right from the get-go, but I believe that at the moment you've recorded quite possibly one the best black/death metal albums in 2019, what do you feel when people tell you how good it is? How content are you with The Great Solar Hunter?

Obviously I appreciate it when people get something out of it but that's definitely not a driving point for me. My main goal was to write an album that satisfied my own particular creative needs. You can work on songs forever but I definitely feel we took the album to a point where we were all comfortable with closing the book on it. There's a particular type of pressure you can put on yourself when completing a debut full length. You can certainly create a trap for yourself by endlessly scrutinizing the finer details but eventually you have to walk away from it. I'm happy with what we ended up with.

I'd say the writing stage and arrangement presented the most amount of challenges. It's a very time consuming process arranging and rearranging songs while trying to find the magic formula, which doesn't present itself as obvious until you're hearing it for the first time. Musically I wanted each song to feel like it's own narrative so  a great deal of experimentation went into each track. It's one of those things that when you've got it right it becomes self evident, it's just a matter of putting in the time and patience to get it there.

How long did it take to get everything together, how long did you work on new album?

Some of the material on the album is actually close to being 6 years old. The first drafts of what would become "Phosphor Libation" were formulated not long after the release of the demo tape. This was around the time that the Ritual Severance material had almost fully taken shape. Being spread across multiple bands is an easy way to eat up most of your spare time so the writing process happened sporadically from 2013-2017. The bulk of the album was recorded in 2017 but the finishing touches were added here and there in the following year.

Most of you are currently members of other bands; between all the bands, all the things that you do, can you tell us more about actual creating of the music, is it a bunch of guys actually in the practice room, files being shared, or is it something else entirely?

It's pretty straightforward actually. I handle the initial song writing on my own, once things have taken shape I hand the songs over to Joel who adds secondary rhythm guitars and bass. When it is time to record we pass everything over to Dave who will go and track the drum parts in his own time. Joel and I will add all of the guitars to the drum session and pass everything over to John who will add leads once we are finished. It's been working for us so far so we'll continue to do it this way in the future.

How about the recording itself, is the new album sound and visual side what you imagined it would be, how satisfied are you with the outcome?

When you are recruiting outside artists to get invloved in your project there's a lot that is no longer in your control so, for this reason I guess you could say I wasn't too sure how everything would look in the end, the key is just picking the right people. Artem Grigoryev did and amazing job with the artwork and the designer we worked with, Epoch Creative, nailed the layouts as well. We are all very satisfied with how everything looks. Aside from the drums, guitar solos and the mastering, the bulk of the recording was handled by Joel. I know very little about this side of things so we are fortunate to have someone involved who does. All in all we're happy with how things turned out. The album was only the second recording with this line up so there was a lot to learn but I believe things will only get better and better as we learn more each time.

I'd like to think the album as a whole represents the intentions of the band for this time period. It could definitely be seen as an expansion of the sound and style introduced on the previous EP but ultimately I's say that it is the most ideal representation of the project's intended sound.

What is the meaning behind the title The Great Solar Hunter?

The title track takes a look at the dual nature of the hero archetype. The hero as the harbinger of rebirth or the constant cycle of destruction and creation with the hero's role being the tip of the spear, the initiator. The title itself was taken from Joseph Campbell's book 'The Hero With a Thousand Faces' which discusses the universal nature of the Hero's journey. The line 'The Great Solar Hunter' really stuck out to me while reading the book and encapsulated the concept I was putting together for the song so I decided to use it as the title.

Is The Great Solar Hunter a continuation of the two-part concept you started on Ritual Severance. Both records share an image of a hand holding a blade that was directly related to lyrics on your first EP.

Any similarities in theme are purely because they were written in a continuous timeline. The repeated image of a hand holding a sword wasn't really deliberate either. Artem proposed the idea around the time he was finishing up the cover image and I agreed as it can be effective to create a little mythology around the releases with a motif like that. Especially when the image is archetypal. The themes of the two releases were extracted from my own personal interests in that 5 year period. I expect that when the time comes for the next release that the themes will be a little different as my interests evolve over time. 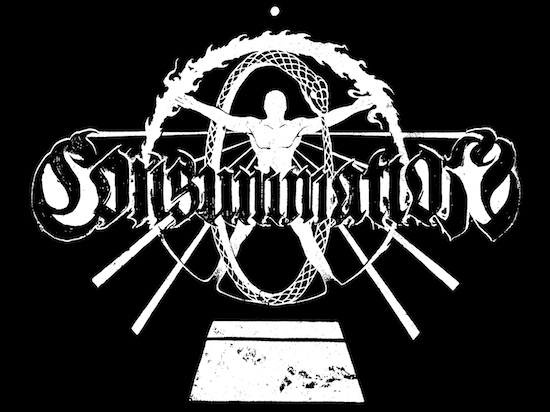 Since we are on subject of meanings I was wondering, Consummation could mean couple of different things. What image or definition should we picture in our minds when we say Consummation?

I chose the name Consummation because of it's literal meaning – a ritual of completion. Consider it a philosophical moniker for the intent of the band.

Whose work do we see on the album cover, does it correspond to the lyrics and music?

That was the incredible talent of Artem Grigoryev. I approached him because I knew his aesthetic would work nicely with not only our sound but the themes of the album. When working with a visual artist I like to approach it as more of a collaboration, rather than paying for someones labour if you get me. I shared the lyrics and explained some of the themes to him and let him develop his own ideas before going ahead with anything. What he pitched to us was more or less on the money.

Album sounds and looks really good, so congrats on a job well done. I'm the kind of a guy that likes to read the lyrics when listening to the album, but unfortunately none of them are available to me at the time. Tell me about the lyrics on the new album, are they black or more death metal, is there a common subject, who is responsible for lyrical layer?

I put together the lyrics for the album. The album approaches a few concepts that include man's benefit from the fall in the garden of eden, the cyclic nature of creation and destruction through the hero archetype, individuation through alchemical metaphore, shadow integration and transcendence through violence. The centralised ethos would be something akin to Nietszche's Will to Power. When I find an album particularly striking my next move is always to go and explore the lyrics so I definitely encourage any curious listeners to do the same.

It's a quote from the book of Matthew that was used in the lyrics for 'The Great Solar Hunter'. The song outlines the duality of the romanticised ideal of the hero within mythology and the grim reality of heroic figures from our history. It was a very fitting quote for the song and seeing as it's in the title track it made sense to me to have it in the inlay. It was the layout's designer who proposed the idea.

What's next for Consummation, what are the most immediate plans?

There are no set dates yet but I have been rehearsing with an altered line up with the intention of playing shows. It is my hope to return to the stage sometime late this year or early next year. Aside from that, some new material is beginning to take shape for what will be our sophomore album. I have no idea how long this will take to put together but the initial writing stages are underway.

Thanks for finding time to do this interview, good luck with everything, last word belongs to you.

Thanks for the interview.