Sea Of Snakes was formed by Jeff Murray of The Shrine (drums) and Jim McCloskey of MotorSickle (guitar). Vocalist Tracy Steiger (formerly of Saul of Tarsus) and bassist Mick Coffman joined soon after to complete the lineup. Sea of Snakes offers up straightforward, fuzzed-out heavy metal reminiscing of Down and C.O.C, but you'll also hear Black Flag, Judas Priest, Motörhead, and some traces of Alice In Chains. The band has signed with Metal Assault Records and released their debut EP, "World On Fire", on April 2nd 2021 so make sure you bang your head to it but before that here is some more info about the EP we got from Jeff Murray. 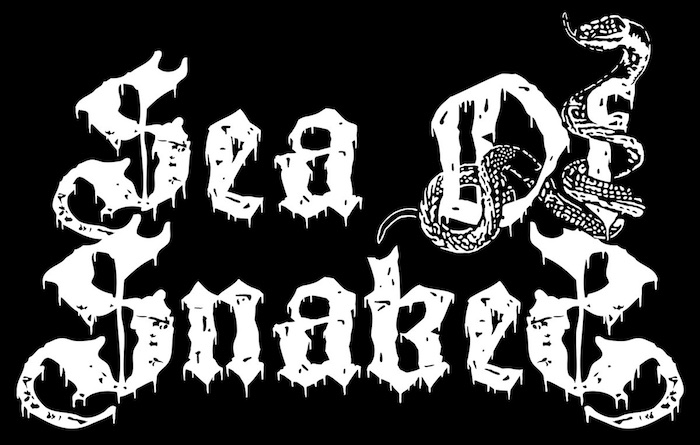 Thanks for taking time to do this. How is everything going?

It's going really well. Been getting a lot of attention online, people are talkin'.

What is Sea of Snakes? What inspired the name of the band?

Fate, I guess. We were talking about how one of the first songs Sabbath did with Dio was 'Children Of The Sea' one night and we were throwing around some band names. Our guitar player, Jim, just kinda said Sea of Snakes and we were like "wait, what was that?" We just wanted something cool and we thought that was cool, so it stuck.

I like that name a lot actually. Let's talk about your newest EP, how long did you work on it?

We had some demos and were lucky enough to meet Wyn Davis at a charity event before the pandemic hit. After several months, we had a meeting with Wyn at his studio in Redondo Beach and started to plan out the recording process. Once we started it was like "vroom, here we go." Everybody clicked and it was a pretty smooth process. Wyn (producer) and Steve (engineer) were on the same page as us and although it's straight forward heavy metal, something original sounding and really slammin' came from it.

It went pretty smooth then. How did it began?

Last year around this time me and my good friend Jim "Rose" McCloskey met Wyn Davis at a cancer benefit for Ronnie James Dio. We had some demos and set up a meeting. We decided to start this band called Sea of Snakes. Fast forward several months and there we are, recording at total access studio (Black Flag, St. Vitus, Dio, Hüsker Dü, Dokken...the mash up of my personal favorite punk and glam metal bands that recorded there is long). Good times were had by all, and what came from it was five hard 'n' heavy bangers. Check out 'Let The Fire Burn', the first song off of Sea Of Snakes' World On Fire EP. It's Fire!!!

What reaction you were hoping to get from the listeners?

We just wanted to make something we could throw on at the party and people would be like "What the fuck is this?" in a good way. (laughs)

Why did you name it "World On Fire"?

It's called World On Fire and we just had a lot of riffs and things we wanted to say... and since nothing is really shocking anymore, we thought we'd throw the entire world into the fire.

What inspired the writing itself?

We pretty much wrote about paranoia, the occult, taking situations into your own hands. This album is just a release of all the demons and lessons learned from life in general. It was influenced by just wanting to start a new band and roll with it.

Any names that can be mentioned?

Oh, yea for sure. I think we are influenced by the Doors just as much as we are by Metal Church or something like that. The music has to move a certain way for people to connect to it. I think we just wanted people to be able to tap their feet to it.

Some tag you hard rock/stoner, what would you call your music yourself?

It's not so important. I think people were way too uptight when Dylan went electric. We play heavy metal music. You'll wanna bang your head to it and listen to it as loud as possible...it's all rock n' roll.

Who are you playing for, what do you expect from the listener?

It always starts by trying to impress myself. I don't know what to expect. Usually if someone says they like what I'm doing I just think they're trying to be nice.

Which emotions would you like to have more of?

There is never enough grit and determination. It fades away at some point, but we try and hold on. There's plenty of regret.

What's the plan for next few years?

We're living by the seat of our pants. There are no expectations really. If we have a couple of songs we feel really strongly about we'll record them and throw them out there to the world. If not we'll keep trying to be creative, somehow.

I always ask about the physical media and so far got different answer from everyone. I collect CD's myself, which one do you prefer?

We're in the same boat as you. Cassettes and Vinyl. We all have varying collections of vinyl and tapes, and CD's too. I still can't bring myself to throw out my VCR along with my VHS collection.

Thank you for reading all of this. Listen to World of Fire EP on all streaming platforms. And buy the physical copies at https://distrokid.com/hyperfollow/seaofsnakes/let-the-fire-burn