Messiah from Switzerland is a legend (I guess). After a long time of inactivity (26 years), they released their new album "Fracmont" which was highly expected in the metal scene. Unfortunately, the release coincided with the Covid-19 pandemic which made it impossible for the band to promote the new album. I had the opportunity to ask drummer Steve Karrer some questions about the album, the circumstances of the release and some other things. 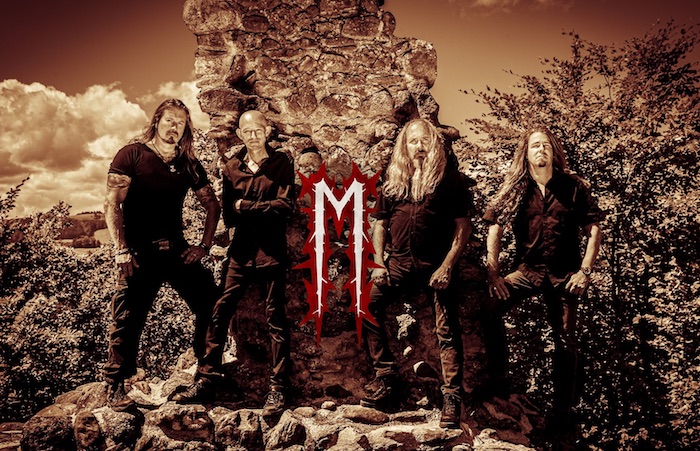 Hello everyone, everything okay in Switzerland?

Hello MetalBite. Everything according to the circumstances ok here.

Your new album is almost a year old. It was eagerly awaited and very positively received by the fans. Did you expect so much interest and support after such a long absence? After all, between the last two albums a completely new metal generation has grown up, so to speak.

We are still overwhelmed by the positive feedback we have received and are still receiving for Fracmont. After our first shows at the end of 2017, it was quickly clear to us that we still have a relatively good standing in the scene and people still know our name. What makes us incredibly happy, of course, is that we were also able to find some new followers in the "new" metal generation.

Was it difficult to write and record songs again after all that time, or was that a no-brainer?

Interestingly enough, we had no problems with songwriting at all. The band feeling from the 90's was back immediately and Brögi almost exploded with ideas. He gave us so many riff and song ideas that we just had to work them out together. This all happened together in our rehearsal room, just like back then. We recorded in two sessions and finished just in time before the first lockdown in Switzerland.

On "Fracmont" you play mainly mid-tempo death metal, which is paired with a lot of dark sounds. Were you not in the mood for fast songs anymore?

Sorry, I can't go that fast anymore.... Haha!!! We didn't really think about that. But of course, we recorded fast songs with 'Singularity' for example. But it was important to us how the songs work in the end and not in which tempo they are played.

Lyrically, it's also about religion, especially the Catholic Church, as in the past. If you look back to the 80s or 90s and compare the church of that time with today's situation, what would you find? After all, with Pope Francis, a rather open head of the church is in power.

For me, not much has really changed. The church again provided us with enough current topics for the new album. Of course, we also like to help ourselves to old stories.

On the cover of "Fracmont" you can see a cloaked figure with bloody hands, standing in a mountain lake and surrounded by vultures. Is this supposed to show Pontius Pilate, who was supposedly immersed in Lake Piluatus at Fracmont? Maybe you can tell something more about it?

Exactly, that's what the ingenious artwork by Björn Goosses is supposed to represent. Behind it is the Pilatus saga. The story is divided into two parts, just like the song musically. First part is about the origin of Pontius Pilate, his terrible family of Pontians. Roman governor of Judea, judge of Jesus, persecutor of the Jews. According to the legends, Pontius' body was disposed of in various places until it was finally dumped at Fracmont (today called Pilate) in the mountain lake below. Thunderstorms, plagues, bad harvests, witch squadrons at the Fracmont characterize the legend. Innocent people who disturbed the spirit of Pilate at Fracmont were executed by the Catholic Church in the late Middle Ages.
Here is a link to the whole saga: https://www.bergwelten.com/a/die-pilatus-sage (in German; M.)

"Fracmont" was published in the middle of the pandemic. I bet you had imagined that a little differently, didn't you?

Well, we couldn't have planned it better, could we? Unfortunately, due to the circumstances, we had to cancel the planned release show, which would have been a very important occasion for us. The show has been postponed 2 times now and will now take place on 9/17/2022. But I don't think that we will still christen the record then. The sad thing is, if you can't promote a new record live, it gets forgotten a bit.

In the meantime, you have been able to play live again, in September you will play around the corner from me in Bochum (which is also postponed now into 2022). How did it feel to finally be able to perform in front of other people again?

We played a very special show in Switzerland at the end of May. We came up with the idea that instead of a live stream that we've seen so many times before, we wanted to give a real concert for our loyal fans. It should shorten the long dry spell of this pandemic a bit and please their minds as well as ours. So, we played two identical sets for 50 spectators each. They had to sit with a lot of distance and wear masks. Furthermore, there was nothing to drink during the whole event. However, the feedback was largely positive, and I think we were able to set a small example. For us as a band it was also very good to experience the whole live process again. We will definitely always remember this show. But we wouldn't repeat something like that again.

Which three songs are best received by the audience? Are there any favorites?

I can't say too much about the new songs yet, because we've only presented some of them once. But I think 'Fracmont' went down quite well. Of the old songs 'Extreme Cold Weather', 'Choir Of Horrors' and 'Hymn To Abramelin/Messiah' should never be missing in a set. These are always received very euphorically.

What are your plans for the coming months? New music, many concerts?

For now, we are looking forward to the upcoming shows. Unfortunately, the show from September 3rd in Bochum has been postponed to September 2022. But there is the Schoonebeek Deathfest in Holland on September 4th, the Swiss Rock Cruise at Lake Constance together with many friendly bands like Coroner, Requiem, Disparaged and many more from October 15th to 17th. And on November 20th at the Old Capitol in Langenthal (Switzerland). Depending on the development of the pandemic, more shows might follow. We hope for a more reliable year 2022 and until then we will dare to write new songs. Brögi still has a lot of ideas.

Suppose I had to recommend Messiah to a metal newbie, which album, apart from "Fracmont", would I have to recommend to him?

I would recommend Choir Of Horrors and also Hymn To Abramelin to him.

Last but not least, which albums by bands from Switzerland should every good metal household own?

You should definitely get all the albums of Coroner. I don't need to mention Celtic Frost ;-) The just released record of Requiem "Collapse Into Chaos" is absolutely killer, then the last record of Comaniac "Holodox", Poltergeist "Feather Of Truth" also bang in properly. It's definitely worth to search a bit for bands from Switzerland, there are so many, which would blow up this frame here.

I thank you for your interview and wish for the whole metal community in the near future as many concerts as possible and further cool, new metal music! Giving up is not valid! Cheerz!