A very big surprise and in my opinion one of the best newcomers in the black / folk scene is the one-man project called Untamed Land. With "Like Creatures Seeking Their Own Form" the band has released a very interesting and rousing album that invites you into the wilderness of the Wild West (review here). I had the opportunity to chat via Skype with the brain behind Untamed Land, namely Patrick Kern. I guess that one can get a good overview about the intention of the band and maybe also some literature inspirations. 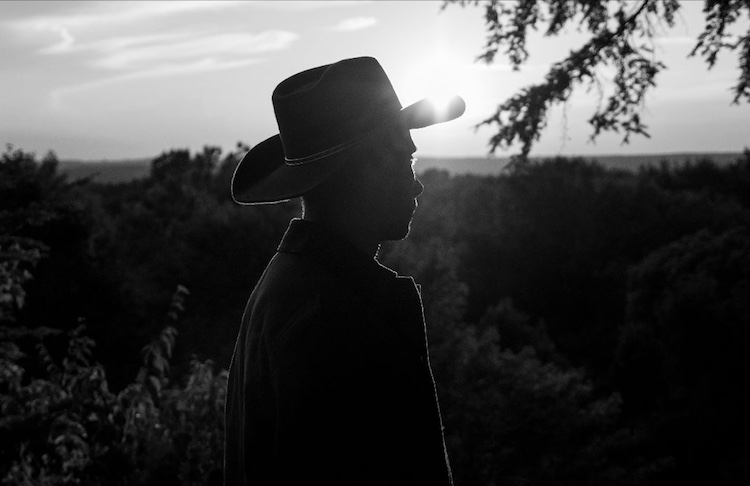 Hi Patrick, how are you doing?

First of all, congratulations for your new album. New label, new logo – I guess it must be pretty exciting for you, isn't it?

Yes, it's kinda weird that the second album is already coming out on a big label like Napalm. I wasn't quite prepared for it to happened so quickly but it's pretty cool (laughs).

How did it happen, how did Napalm sign you?

They just sent me an email and I almost missed it in my inbox but then I saw it like a month later. I guess they found the music somewhere on Bandcamp or YouTube or something and guess they liked what they heard.

Listening to Untamed Land for the first time my first thought was that Summoning is a very strong influence on your musical compositions. But listening more intensely to both albums, you find many more facets in your music, for example influences from Nick Cave, classic, Celtic and even some Native American music elements and of course some western music influences. What would you say was the most influential part on your compositions?

Probably like all the metal stuff it would be the film scores of Enrico Morricone who did all the Spaghetti Westerns back in the 60s and 70s. He did a lot of crazy experimental stuff, a lot of weird instruments that always sort of express the Western theme he was going for. It kind of fits well with the atmosphere in metal because he was also a very atmospheric composer I think, quite modern this way.

I think that "Like Creatures Seeking Their Own Form" is more coherent than its predecessor and the production is much more powerful. Would you agree with that?

Ah, that's good to hear because the production is always like a big pain for me. I feel like I'm not huge on SoundFile so I just kinda do what I hope sounds good. I definitely think I've learned a lot since doing the first album and I think there was more of a flow to it, and I was really know more what was going on than on the first album.

Did you produce the second album in the same studio, did you change anything?

It was pretty much the same, just my home set-up but I upgraded some stuff like I used a different program and had a better keyboard and all that stuff.

Was the album produced on your own or were some other people involved in the recording process?

I was mostly on my own until the mastering time for which I had hired a mastering engineer over in Sweden. I wanted him to do the mixing because it's pretty labor-intensive. I think it really worked with the number of tracks that I would need to send-over and it would have been too much for communicating and going back and forth and that would probably take as long as if I just did it.

The lyrics deal with the wilderness and the nature and spirituality. How do you come up with the ideas?

I suppose it's just from reading. I was reading kind of spiritual issue books at that time, but I was thinking about a lot of stuff. I don't know, it's hard to explain where it comes from (laughs).

How important is nature to you? I always have a feeling that most people do not appreciate nature anymore or if they try to enjoy it, they are not fully into it and they're watching things on their mobile phones and stuff like that….

Yeah, I would say it's a pretty big deal. I probably don't spend as much time in the nature as I would like to but it's definitely something I think everyone is kind of missing without even realizing it. Sometimes it's kinda getting back to a real primal experience of the world – just like walking through the woods or something like that. There is something magical about it.

Taking the original meaning of black metal with all those clichés would you say that your music could be described as BM, too?

I probably wouldn't describe it as black metal but I guess someone could especially when there are more riffs on the album, but it wouldn't prepare you for it if someone said "Oh check out this black metal album". If you describe the genre what it basically sounds like…I don't know if I would call this black metal. I guess folk metal would be closer like epic folk metal maybe but it's a kind of a weird project.

I mentioned Summoning before; I used to listen to Minas Morgul quite a lot when I read "Lord of the Rings" back in 1995. What would you say is the perfect book you can read while listening to Untamed Land?

Uh, wow…I would say that the lyrics were actually not directly inspired by the book "Blood Meridian" by Cormac McCarthy who is an American writer and I think he wrote a couple of Western books. That book pretty much owns the vibe. Like the weird, esoteric, spiritual thing going on in the Old West so that would be a book to read. It's pretty dark and disturbing in some parts, so it sounds like a warning but that that would probably be the book to go with it.

If possible, for which movie would be an Untamed Land album the perfect soundtrack? I know you're studying this…

Yeah, I'm taking classes for media music but it's actually more for video games. But if there is some Italian Western revival that had a spooky monster inside it, I guess that would make sense to fit it with my music (laughs). That would be a pretty cool movie to see.

Music has a lot to do with emotions – which mood is the best to get into your music?

Probably some sort of contemplated mood at least since the album starts off pretty slow and kind of quiet but then I guess like a big existential crisis happens and then you're in like chaos. I don't know. I've heard some people say the album works well as kind of background music while you're dealing with issues or something because it has the atmosphere that you get sucked in the other world.

I know it is quite an understatement that it is difficult to perform live as a one-man band, but do you have any plans going into that direction?

There're no real plans right now. I would suppose maybe in like 15 or 20 years (laughs) if shows are still happening to that time. Maybe I'll be able to put together like 8 other guys to do all the parts that we need to do when we play this live. I don't know, it could be cool but as for now it would just be too much.

Do you have any other plans for the future you can talk about yet?

Not really. I started working on the follow-up album tentatively, so all a bit written for it and I guess I'll just see where it goes really.

Do you have some final words for our readers?

Thanks for checking out the album if you did and please check it out if you didn't do it yet. Thanks a lot for the interview!