Some bands stay true to their roots and some move forward in search of new styles with every release. Even though "II=I" is just Andromeda's second release they clearly belong to a second group. After a mesmerizing prog/metal debut, "Extension of the Wish", Andromeda moves into more progressive and complex music fields with "II=I". More complicated and demanding undivided attention, these compositions take over youthful aggression and riff driven tracks from their first album. Guitar wizard Johan Reinholdz explains the force that pushes him into new music grounds. 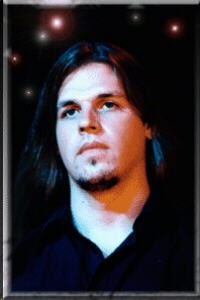 It's over 2 years since your last release "Extension of the Wish". It's not a very long time but knowing you had a few tracks ready for this album 2 years ago it makes me wonder, what stopped you from releasing it sooner?

Well, I guess the other tracks that weren't written at that time... and the whole recording process took like 10 months. Then we had to wait couple more months before it came out because Japanese version always has to be a couple months earlier. But actually we have been writing some new stuff so we're preparing for the next one already.

Were you surprised with the great reaction to "Extension of the Wish"?

Yeah, we were pretty surprised. We were satisfied with the album, we thought it was pretty good but we didn't expect that kind of reaction because almost every review was overwhelming.

Since "Extension of the Wish" was such a big success why did you decide to change Andromeda's music style so much? Weren't you afraid of loosing some of your fans?

Yeah but that's boring... It's really cowardly to release same album over and over again. We don't want to make the same album twice; we want to keep developing our music all the time. This album is exactly what we wanted to do. OK, I understand what you mean because I hear some negative opinions about this album and some people don't like our direction but you have to satisfy yourself first.

Maybe because "II=I" is a very complex and difficult album for casual listener? It takes many spins to get into every detail of it and after few days of listening I'm still not sure if I got every detail covered.

That's good. I think that those albums are the most interesting. When I buy albums and listen to the music I really appreciate those records that take time to really understand, those are the most interesting. Often with albums you like right away you get fed up with them really fast and I like to discover new things every time I listen to a record and that was the kind of album I wanted to make so, people have to be patient and listen to it couple of times.

Judging by the direction of your music on "II=I" did you have to rewrite the existing tracks from your "Extension of the Wish" era to match more progressive structures of your new album?

No, not really. The tracks that were written two years ago... I'm thinking which ones those were, I guess there were only really two tracks at that point, those were 'Two is One' and 'Reaching Deep Within' and no, we didn't really change anything on those tracks. Actually 'Reaching Deep Within' is one of the simplest songs we have ever written and 'Two is One' is also pretty straight except some rhythmic patterns in the middle and end of the song. 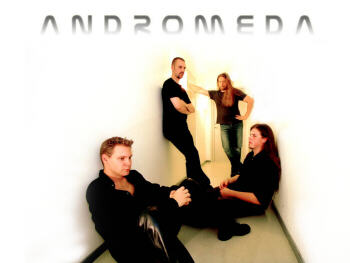 What does "II=I" stand for, a new start?

I guess... actually the title was intended to be understood as "II is I" but everyone relates to it as "II equals I". What it stands for? First, to the title track and to the lyrical content of 3 last tracks, which are about schizophrenia. Those 3 last tracks are linked together lyrically and musically.

"Extension of the Wish" was completely written by you. Does "II=I" again consist only of your composition or did the whole band took part in the creating process?

Actually the main reason that this record sounds so different is because I didn't write all the music and I didn't write any of the lyrics 'cause I didn't write any vocal arrangements and melody for it. I wrote 'Two is One,' 'Castaway' and 'Morphing Into Nothing,' for those I wrote the music all by myself but the rest of the songs were written together, mostly me and Martin (keyboards) but also with some ideas here and there by Thomas (drums) and David (vocals). The last 3 tracks were mostly composed by Martin so, it was more kind of a group effort and that's the way I wanted to be. I always wanted Andromeda to be a real band where everyone contributes.

Even though Lawrence Mackrory did very good job on your previous album I can see why you're so happy with David Fremberg. In my opinion Lawrence was in his best when songs were more aggressive and since you took calmer and more progressive approach to your new album David's range and tone of voice seems to be more suited to your music. Did you see Andromeda as more progressive band going into the future when you looked for a new vocalist?

Not really... I didn't have any definite criteria how the new vocalist had to sound. I wanted him, the singer, to have a wider range than Lawrence had. Lawrence did a very good job but he is kind of limited in range... David can go much higher up, but we didn't really have any preconceived idea on how we wanted him to sound. After first rehearsal with David we knew right away he's our guy.

I don't think we changed too much because of David... I think Martin knows more about that since he worked with David on vocal arrangements and I guess they tried to fit it more to his voice but the music didn't change that much because of David, I think it's more because of... a lot of reasons [laughs].

What in your mind is the most important part of the song, good rhythm/melody or mind-blowing solos?

[Laughs] Good melody and good rhythm go hand in had and those are the most important parts. Solos and extravagant stuff like that is just a bonus and it takes songs to another level but it's not really necessary.

With your current guitar skills does it happen that from time to time you learn something new or are you just concentrating on improving your techniques only?

Well, when I was younger I practiced a lot of techniques but I don't do that at all right now. When I play guitar nowadays it's mostly when I sit down and try to write some new music or play along to a record or solo over something... I don't really practice that much technique... It's too boring nowadays [laughs]. 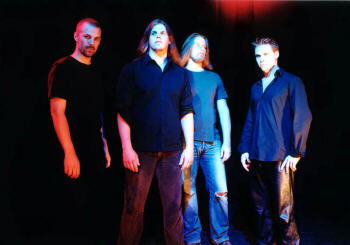 ...But do you still catch yourself thinking 'how did he do this' after listening to a record or seeing someone live?

Yeah, all the time, absolutely. That's when you find new inspiration but I'm too lazy to sit down and learn [laughs], unfortunately.

After listening to your guitar magic I find it hard to believe...

Thanks, but I'm really lazy and I don't play as much as I probably should.

You worked on Nonexist's "Deus Deceptor", and recently I saw you in the Opvs Atlantica line up, how many project/bands are you a part of and how does it help you to grow as a musician?

Mainly there's Andromeda and Nonexist, for Opvs Atlantica I was hired as a studio musician and I didn't write anything for that album. It's fun to play with different people you always get new experience.

How's the work on the new Nonexist album going?

I've written almost all songs... I'm not too sure how many lyrics Liva has written but I think we'll start recording some time this year but I don't know when exactly.

How often do you practice as a band? Is it a weekly thing or do you only get together before entering the studio and tours?

We try to rehearse twice a week, three before the gigs but normally it's once or twice a week.

Is it hard to get progressive band on a tour bill? What are your plans at the moment?

Yeah, it's pretty hard. I guess it's too demanding and too difficult for some people to understand. We've been talking to the label and if the album goes well they might arrange something and we might go on tour but we don't know anything at that moment.

Do you use any additional or guest musicians for your live shows? I'm sure you need a bass player...

Actually, we have a new bass player... He's name is Jakob Tanentsapf, he's very young, 20 years old and he hasn't been in any well know band before. He's been rehearsing with us for few months now and he's learning the stuff really quick. So, we have a full lineup again and it feels good 'cause we were pretty worried; it's not easy to find a good bass player who could play this type of music and who lived in our area.

And it's not an easy task to catch up after Johan's guitar...