Your Chance To Die - Interview

No more of the processed crap music. Now, isn't that a freakin' awesome idea? Read on to see about evolution and changes that Your Chance to Die has gone through to get to where they are. 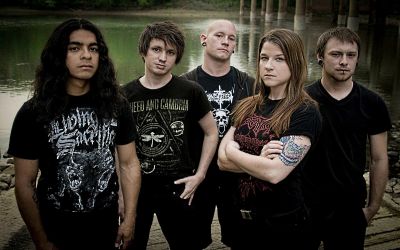 We just returned from Central America and Mexico on tour and had a great time. The fans there are just wonderful!

Lastly you've released a new album "Suscitatio Somnus". I would like to congratulate the great piece of music!

Thanks! We recorded the album in two sections because at the time we weren't signed and couldn't do it all at one time. We recorded with Jamie King (The Human Abstract, Between the Buried and Me, etc) which was an amazing experience for us. We are very satisfied with the album and all of the hard work and effort which was put in to it.

What're your personal favourite tracks from the album and why?

Libations of Blood for sure. It was the most recent track we had written and reflects more of what the direction the band is going in musically. I also love Nigun Atardecer es Igual, because it was written for me by my husband, guitarist Coca, and was a surprise track for me on the album.

What are you doing to promote the new album and to get heard? Is it difficult to promote your music in USA between lots of young bands?

The album has been out for a few months now and we continue to try promoting it through facebook, playing lots of shows and touring. It is difficult in the US because of the mass of bands which are up and coming now, and there is a lot of competition.

You play melodic death metal with a deathcore influences. What is the most interesting in this music for you? What do you think about the big popularity of deathcore/metalcore music and pity bands with a tons of ill breakdowns and image as a hipster/emo kids?

This album definitely represents us in this light, but as our fans will see, our newer music moves us farther away from the 'deathcore influences' and puts us in a more progressive/technical genre of death metal. We love melodic music and will always carry that in our songs, but the deathcore genre is really played out, especially here in the US and we are maturing as musicians and wish to move away from that. There are thousands of deathcore bands out there, and there is nothing wrong with the genre, however, musicians should always be trying to be better musically and not stick themselves in a rut playing a million breakdowns just to get the kids to throw down. It's hard when you see that 'hipster' image so much at shows? and they just stare you down when you play something really beautiful, technical and melodic... but the minute you throw a mindless breakdown in the mix they act like they've heard the most amazing riff in the world. It can for sure be frustrating. 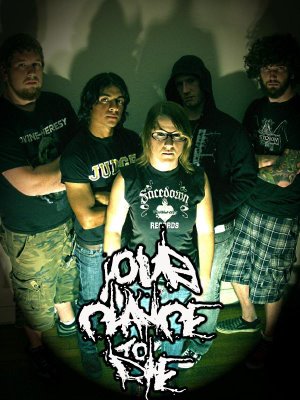 "Suscitatio Somnus" means something like "The Raising Of The Sleeping". Why did you decide for this title and what about its connection with an album concept?

Awaken the Sleeper? and it is a call to the world to wake up from their deep slumber and start making a difference. One of the biggest problems in my culture is complacency and mediocrity... and it is time for us to change the world instead of letting it slip away

I enjoyed your t-shirt with an ironic KFC logo, that's great! It means you are veggie/vegan? Are you engaged in those things? Why did you decide to release this type of shirt?

Haha! Not at all!! We are the biggest carnivores in the world! The shirt started off as a joke in the van one day about how to represent our 'southern style' of metal... I suggested 'death metal served up southern style' and one of the guys thought it'd be funny to put Colonel Sanders (which is an icon of our famous Kentucky Friend Chicken restaurant chain) getting eaten by a chicken. It went over very well!

I'm very impressed by your vocal. How long did you exercise to obtain this results? Have you ever had any problems with your throat after the concert of rehearsal?

I have been doing gutteral vocals for 5 years now. It took some time to get the range that I have. Believe it or not, the highs are harder for me than the lows. I use a proper technique so, I don't have any problems with my voice after a show.

Compared to "Your Chance to Die Demo" where do you think the biggest difference in the music is nowadays?

I think music is in a really sad shape nowadays. Kids listen to pure processed crap filled with untalented musicians and autotune. Musicians don't work hard anymore... they are processed and produced to the point where anyone can sound like they have talent. The stuff I hear on the radio is pitiful and I wish that people would learn a real appreciation for music again. Go back to some of the classical works, you know?

You're signed to Red Cord Records. How did you end up with them? Did it motivate you differently that you landed on this label? Do you want to continue work with them?

RCR came about out of nowhere. We are the first real heavy band that they have signed, so we both have taken a risk on each other. But they are wonderful people to work with and really care about their artists development and success. They have put out album out in places that we couldn't on our own and given us lots of love, support and encouragement that we needed to get to a higher level as a band. 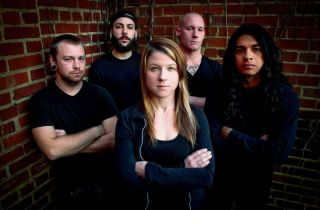 On your profile photo your bassist has a Coheed And Cambria t-shirt. Is this means that you are into wide range of genres? Could you recommend me some bands which you like outside the metal scene?

We all have a variety of influences and I think that helps us be diverse as a band and blend different sounds into our music. We love power metal, symphonic and operatic metal? some of the guys get into hardcore every now and then, as well as classical music and old school 'rock and roll'.

Besides Your Chance To Die, are you currently in other bands?

What were your first 'extreme/heavy' albums when you were younger? Also (if it wasn't one of those) what was the first album you ever bought?

For me personally, I was born in 1981, so Boy George was the first cassette I ever owned! Coca had old school metal tapes like Mortification and Death. I started out in that 90s grunge phase then shifted to emo/indie rock when it first came out. When I met Coca I really got into the heavy stuff and it's been that way for the last 10 years or so.

To vary this interview, could you tell me if you have any hobbies, interests, collections etc outside your bands that you can tell us about?

What are your goals from now on?

Full time touring and playing, for sure. Right now we all have to hold down regular jobs to pay the bills and fund the band, but we are shooting for that 'rock star' dream to play music full time.

Thanx for your time! Anything you'd like to add to conclude this interview?

I think you've covered it all. Its been a pleasure and we hope to make it out your way very very soon!