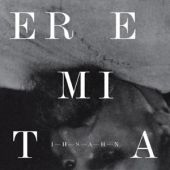 Type: Full-Length
Release Date: 2012
Label: Candlelight Records
Genre: Progressive
1 Arrival
2 The Paranoid
3 Introspection
4 The Eagle And The Snake
5 Catharsis
6 Something Out There
7 Grief
8 The Grave
9 Departure

The new Ihsahn greatly progresses in a direction that might have been expected following "After". More progressive and aggressive in nature, it’s the perfect fit for the present time Ihsahn. There are guest vocalists and more varied song structures and instrumentation than the last album. I also think "Eremita" is more consistent than its predecessor with no major weak moments to be found.

There aren’t songs of the ballad nature of 'Undercurrent' to be found here, however. Instead, there are some cracking up-tempo pieces like the opener 'Arrival' that give the album a generally more excited feel. The song 'The Grave' is a lumbering doomy exception to this mood. The progressive nature of many of the songs recalls the likes of later Emperor, such as the album "Prometheus". There is still that jazzy element present as well that sometimes makes use of saxophones, but it’s not as present as on the album. Regardless, Ihsahn has certainly found his niche within Progressive Black Metal genre as a solo artist. His albums are actually more similar to what a group might perform than what a typical solo artist would. He’s quite developed in the song-writing department now and able to craft a number of interesting moments with little effort. The only minor complaint I have with the album is that the beginning portions are stronger than the ending, which becomes slightly too strange for its own good.

Still, there are many standout moments to become enraptured with on this newest opus from Ihsahn and it will certainly be a contender for album of the year. For fans of Ihsahn’s previous material with either Emperor or as a solo artist, "Eremita" is a no-brainer as a purchase.