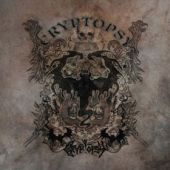 I think that this release is a good combination of death metal in a brutal form and not as intense as say Whisper Supremacy. They have somewhat of a newer lineup, but the riffs are good and focus is less on technicality, it's more on the brutal end. Of course a better production quality and the vocals are brutal, low end-bellows, combine that with some screaming. So there is some variety, but not as intense as say on their older albums especially if you follow them or have followed them for quite some time. Their concepts are mainly gore, not too appealing, but it fits the music as does the vocals. They're more brutal than what I heard from Whisper Supremacy.

The main guitars here are chunky sounding, low tuning concentrated mostly on a more death metal output than anything else. So yeah, I like this album and it's a great comeback, but still my belief is that their older material was more classic. They didn't really progress, they kind of digressed. The drums aren't as intense as older albums, the leads not as sharp. A lot of tremolo picking and in some instances, as weird as it may sound, a tad bit of jazz style guitar before the intensity of the next riffs come into their own. Definitely an album that's for people into extreme metal. Older releases for me were easier to get into because they were so damn intense. This album is as I say a great comeback album, is original in it's own way, recording quality really good and songs that are just brutal as all hell. I think that they really focused on the gore aspect, as you would expect something that say Cannibal Corpse would put out not Cryptopsy, but they did anyway, turned out to be a great recording and that would be because of the fact they rather explore different avenues of extreme music. A great listen to if you're needing something that just blasts you away, just don't expect something that's in the vein of extreme technical metal that they once were. They're still somewhat technical, but the bar chords and tremolo picking are varied.

I really like what they've done here, but nothing's as solid as Whisper Supremacy. The reason is because the riffs are as I described, less technical, the vocals deeper with intensity, however, they weren't as intense as on older releases. They wanted something brutal which is what they got here, just don't expect overtly technicality. If they disbanded and wish no more to contribute to extreme metal, this is a good one to leave in its' trail. But for me, my favorite will always remain to be Whisper Supremacy. Nothing tops it's extreme terror as that album. Still a solid comeback and brutal as all hell, just not as technical.

To be honest, I could never fully get this band's lyrics, but I have to say, the music is now back to awesome. Brutal Technical Death Metal with Grind-core-style growling. Melodic, sometimes Thrash Metal riffs with what I like the most - solos.

From the first track to the last there is constant flow of low-tuned chords with one of the most amazing drum-works. The blasts provided by Flo Mounier make this album a very good piece of metal, with some fragments reminding the likes of Immolation or some old Kataklysm. Very often the tempo changes, sometimes to 5 seconds of acoustic passages, just to go back to insane cacophony, then again some Jazzy/Progressive bit and then back to dropping-potatoes-on-drumset chaos. I guess it is very impressive to see Flo Mounier drumming (many videos on internet), but the longer you listen to this album, the more interesting riffs you can hear, more interesting passages and I have to say this is one of those albums that you already like from the first sound. The longer you listen to it, you realize that there are real virtuosos in this band - both Jon (now back in the band) and Chris provide a real feast to your ears with really complex sounds. Olivier also has few moments to shine and if you listen to it enough times, you can actually notice, that the bass is exposed quite well on this recording and he's definitely doing his job really well, playing melody lines on one string as well as chords.

Hard to find any flaw in this record, it is a perfect, highly-Technical Death Metal/Grind-core production with good amount of Progressive and Jazz elements. Additional advantage of it is that it still can surprise you after few listenings. My favourite track is 'Red-Skinned Scapegoat' - I encourage you to listen to it, I guess it represents this album very well - a mixture of Brutal Death Metal with few moments for some good headbanging and a surprise at 4:36, it sounds as if somebody has switched the radio to a different station.