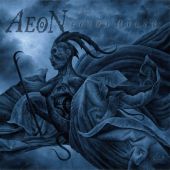 Buy on: Bandcamp
Type: Full-Length
Release Date: 2012
Label: Metal Blade Records
Genre: Death
1 Still They Pray
2 The Glowing Hate
3 The Voice Of The Accuser
4 I Wish You Death
5 Garden Of Sin
6 Neptune The Mystic
7 Nothing Left To Destroy
8 Passage To Hell
9 Aeons Black
10 Dead Means Dead
11 Sacrificed
12 Aftermath
13 Blessed By The Priest
14 Maze Of The Damned
15 Die By My Hands
MetalBite on YouTube

Aeon performs a very vicious and brutal form of death metal. The music here is hard hitting in nature and grabs you by the throat. The vocals are harsh and fit into the framework of the music well. The guitars buzz away and form a great musical landscape for all to witness. Drums are high in the mix and form the backdrop of the songs fairly nicely. All in all the musical elements of the band are nice, but nothing that you haven’t already heard before.

This is music that I’ve heard from the likes of Morbid Angel, but even more vicious in it’s attack than that band. The aggression of the band can be sensed from the song The Glowing Hate. However, multiple songs on this album have a pummeling impact upon the listener. This is certainly heavy, but not overindulgent by any means. The music is kept in check by great song-writing. What problems do I have with the album? Well, this is very similar to music you’ve already heard in the death metal genre, though it brings its own aura to the table. It’s still very similar and not more outstanding to other music that’s been heard before and this brings the overall impact of the music down a little. The brutal aspect of the band with a combination of a catchy aspect will bring you back to this music long after listening, however.

There is just something inherently memorable about music that has such a huge crunch to it. I still found there was room for improvement in how the band doesn’t play the most original form of music ever. It’s something that has been heard before, but done in such a great manner that you won’t care at all. Aeons Black comes recommended to death metal fans.

I have to say that American Death Metal is doing really good... but great part of it is in Sweden, thanks to AEON. And their new album is a brilliant piece of Technical Death Metal, with its roots somewhere around Florida. The new album has been recorded again at Empire Studios, but produced by Ronnie Björnström in Sweden for a change (previous album mixed by Eric Rutan), still the sound remains perfect for their style and is more American than Scandinavian. The album cover has been done by the cover genius Necrolord. If you add vocals reminding Glen Benton you have AEON's new album "Aeons Black".

The lyrics keep on being at the same level of straight-in-your-face blasphemy with phrases which you cannot help but start chanting with them after few listenings. The guitars sound quite similar to Cannibal Corpse, but because of much more complicated riffs, the sound wall is definitely more complex. And definitely you can hear that the return of drummer Arttu Malkki has done really good for the band, the speed of his blast-beats and the complexity of passages that he can achieve put him on top shelf of metal drummers. The rhythms of vocalist remind a lot of Glen Benton's technique ('Slaves To The Cross' for example), but again there is more to it, more playing with low growling and high shrieks. AEON again managed to gather all the best elements of American Death Metal from the best in the genre (Deicide, Cannibal Corpse and Morbid Angel to name a few) and move it to higher level and create a perfect mixture for any fan of this genre. And melodic, very complex solos are a great element which makes them stand out from most of other bands in this genre.

The album is 15 tracks long, out of which 4 are instrumental, calm intermissions. The rest of them is mostly fast-paced, highly Technical Death Metal of the highest quality, with keyboards used only for instrumental tracks and in the last track (probably my favourite at the moment). 'I Wish You Death', 'Aeons Black' and 'Sacrificed' definitely also deserve attention. And I keep my fingers crossed to see some video soon, at least as bloody as 'Forgiveness Denied'.

This album is a must for every fan of Death Metal and my favourite album of the year so far. And if you think it's too fast for headbanging, watch few videos from their concerts and see for yourself that the vocalist's neck is handling the tempo just fine (you might notice a tribute paid to Mika Luttinen's school of handling microphone, too...).

After a weekend of heavy snowfall I was really afraid that this show would be cancelled. And actually Flayed Disciple were unlucky to get stuck in snowy Germany, so unfortunately I wasn't able to see them live. To be honest - it was freezing cold outside, even Swedish death metal overlords AEON weren't enjoying waiting in the cold for the club to open, so they could get their equipment inside. And actually it wasn't much better inside the club during the sound check.

Right before entering the club I met guys from Corrupt Moral Altar, who were just bringing their stuff inside. It is quite new band, this was their fifth live show. But they have two releases already - "Needle Drugs" (3-track demo) and "Luciferian Deathcult" (7-track EP). The band represents a mixture of solid death metal with grind-core and punk elements. Very lively show with crazy screaming vocalist (whose screams were sometimes just too much for the poor microphone), supported by few shouts from guitarist, wall of blasts from drums and distorted bass. This package with few cans of cider (or actually anything that gets you "pissed for a reasonable price") made an excellent warm-up.

Next band on the set was Ageless Oblivion - a complex progressive death metal. Their last album "Temples of Transcendent Evolution" is a great piece of music and proves that it's a great live material, which is filled with technically perfect riffs with elements reminding some of American death metal and some influences from Netherlands, getting at some points close to black metal. Very good, catchy, hypnotizing riffs with low growling vocalist, frequent changes of tempo backed with furious drums. I think "Time of the Empty Throne" stuck in my mind the most, excellent track. Overall great performance from a great band, with great frontman working hard to engage the audience.

Then Dyscarnate took over the stage - no wonder they were hailed as "the new kings of UK death" by Metal Hammer. Their last album "And So It Came to Pass" with crushing "Promethean" (video made for this track) is one of the best death metal albums I've heard recently. Powerful compilation of the most catchy death riffs, every each perfect for headbanging. Just 3 guys, with a little misleading looks, presented their material consisting of great guitar, bass and drum work with relentless precision and both guitarist and bassist sharing vocals is an impressive combination of low growls and shrieks. Quality performance with solid material, I think the band played the whole album and its excellence came out as astonishing live gig.

The headliners AEON played their fifth show presenting new material from their last album "Aeons Black". The great album, from which they played nearly all tracks, missing "I Wish You Death" (why???) and my other favourite "Die by My Hands". "The Glowing Hate" proves to be great live track and hopefully will be considered as band's next video. Another great track, "Aeons Black", during which Tommy stepped down from the stage, encouraging fans to shout "Where's your saviour? Where's your god?" , sounds even better live. And "Nothing Left to Destroy" was another highlight of the evening for me.The band also played "Forgiveness Denied" as well as "Kill Them All". All tracks, new and old worked perfectly well live and Emil Wiksten from Blood Red Throne who replaced Arttu for this tour proved that he can perform all tracks perfectly with amazing blast beats and extremely fast foot-work. Another amazing thing was to hear all Zeb's solos live - Deicide had to get Ralph Santolla to have such skills in their band. AEON have their own Ralph Santolla.

This show proved that concerts in smaller venues provide extreme experience, especially with such powerful death metal material (I was deaf on my left ear for next few days, not to mention aching neck from excessive headbanging). Brilliant show thanks to all bands, Hell felt really close, even on that wintry cold evening.