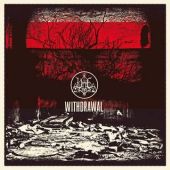 Buy on: Bandcamp
Type: Full-Length
Release Date: 2013
Label: Candlelight Records
Genre: Black
1 This Is The End Of The Story
2 Carried By Waves To Remorseless Shores Of The Truth
3 All Bridges Burned
4 Ceaseless Jaws
5 Song Of My Undoing
6 Exhausted
7 Withdrawal

I remember bands/artists like Bathory and Venom – these were the bands that defined what it was to be Black Metal, and how it is done. I love the newer BM as well, from Norway and even the USBM as well who are reshaping this whole darksome genre. Philadelphia based Woe are one of the newer of the US Black Metal scene that are trying to rewrite the very nature of what it is to be BM.

Started as just a one man project, Woe has come to morph into a full-fledged band that is bending all of the rules. Combining Modern BM, Post Punk with Ambient style and includes some very brutal yet grinding Crust. It comes out as something that is a wall of sheer darkness and hate with the force of a speeding jet aircraft. Musical is not the thought I had in mind while I listened to this album, it was not what I wanted.

The whole album is chaotic at best, where thundering guitars and drums are at the forefront and that never let the music flow and only a sheer wall of heavy comes at you. There are some bright spots like the brilliant 'All Bridges Burned', where the amazing acoustic intro leads into a heavy vortex of utter darkness and faith stealing evil, but for the most part the songs seem to sound the same with little to separate them.

This is not my beloved BM in any way, as I need a dose of separation and melody in the way it is recorded and played – even if it is just a little – in my Black Metal music. Woe is easily explained as sounding like screeching cat caught in a blender with a white noise generator accompanying it, which is sad because the one lone song intro seemed to show there was some redeeming talent. Satan would not be pleased.

I am not even close to liking this album. Venom would just want to kick the shit out of these (clears throat to keep from puking) musicians.

Musicianship: 3 (for the possibility of talent)
Atmosphere: 0
Production: 0
Originality: 0
Overall: 1