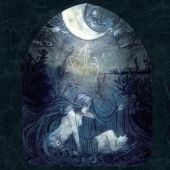 Alcest burst onto the 21st century metal scene with the ground-breaking, but inconsistent Souvenirs d'Un Autre Monde. Although it was far from perfect, there was more than enough promise inherent in a sound which grafted shoegaze and post-rock sounds on to a nominally black metal framework (even if it was at times difficult or even impossible to detect) to suggest that Alcest were a band with enormous potential. Écailles De Lune marks their transition from a band with huge potential into one of the modern heavy music scene's most beloved and interesting bands, accentuating and enhancing all of the best elements of its predecessor, as well as improving their overall sound with a beefed up production, a keener sense of dynamics, and quite simply, better songs. One can make a convincing argument in favour of a couple of the albums that the band have released since Écailles De Lune being even better and more sophisticated pieces of work, but on the other hand, for many listeners this album retains a certain impossible to replicate magic that will forever place it at the pinnacle of the Alcest discography.

The enormous impact of this album is, to a large degree, due to the incredible one-two punch of the epic opening title track. Split into two parts, and taking up nearly half of the overall run-time of the album, it is utterly entrancing, and immediately creates a totally immersive and other-worldy experience. Like its predecessor, Écailles De Lune is comprised of a relatively slight six tracks, one of which is a short instrumental, but the similarities are only superficial. Although a similar approach on their debut meant that Souvenirs d'Un Autre Monde felt rather lightweight, even if its running time still exceeded "Reign In Blood", and a clutch of other classic albums; this time, possibly because of a set of tracks that largely maintain a high level of quality throughout, Alcest deliver something that feels considerably more substantial, and more worthy of the full-length tag that the band have bestowed it with. Everything about Écailles De Lune suggests a band now brimming with confidence, safe in the knowledge that they have the tools to fully recreate Neige's vision, and the total conviction that pervades every single beat of the album allows the listener to cast aside any lingering misgivings and submerge themselves fully in the warm and comforting oasis of tranquillity that is the true sound of Alcest.

If the first iteration of Alcest sometimes represented a slightly uneasy union between the constituent parts of the band's sound, this uneasiness has now totally dissipated, leaving only the fully-formed sound of blackgaze. On the evidence of the spectacular title tracks, no longer are disparate threads being visibly wound together, and instead the band produce a single strand of something altogether distinct. Finally, it seems that all parts of the band are pulling in the same direction - a floating guitar line that decorates the first section of 'Part 1', which could be from the first Interpol album, is virtually the only vestigial remnant of the jangly indie that their debut sometimes lapsed into, and instead, crunchier guitars work through heart-breakingly beautiful chord sequences, insistent melodies wrapping around Neige's distinctive half-strummed, half-arpeggiated rhythm guitars, thick with plaintive longing, all the while clearly building to what will inevitably be a dynamic climax. As a delicately-picked melody finally breaks, like waves on a desolate shore, into an unforgettable tremolo riff, it is as if Alcest instantly come of age, growing into adulthood before our eyes. The tonality and harmony is strongly reminiscent of the kind of pastoral black metal pedalled by Winterfylleth, particularly when the harsher black metal vocals join the crashing guitars and drums, and the infectious melodies bring the timeless folk sensibilities of "Kveldssanger"-era Ulver into the enchanted woods in which Alcest's music surely dwells. As the track gradually ebbs away, the tide once again leaves the shores bare, the ocean taking with it any doubts that may still have existed with respect to the band's aspiration to combine the extreme sounds of their formative years with the languorous beauty of shoegaze. The second half of the title track progresses more rapidly from its woozy, dreamlike opening to strident, ultra-melodic black metal, Neige's best Varg Vikernes impression uncharacteristically prominent in a clear mix. Chiming leads, cleverly treated with delay and utilising Eastern modes in a way that the band will explore further on Kodama later in their career, opens another inviting dimension to the Alcest sound, and the end result is an opening salvo that touches greatness, and stands tall with a stature possibly still unmatched by anything else in the band's excellent discography.

It is no surprise that the rest of the album cannot quite match the heights of its first third, and there is no shame in this. Thankfully though, the remaining tracks avoid the dramatic drop in quality that afflicted Souvenirs d'Un Autre Monde, to ensure that the listener remains captivated throughout the record's entire duration. As if sensing that it is futile to attempt to improve upon the title track(s) with more of the same, 'Percées De Lumière' instead channels the kind of goth / post-punk of early Sisters Of Mercy, before overlaying swirling atmospherics, together with deft guitars redolent of the peerless inventiveness of Johnny Marr's guitar work in The Smiths, with Morrissey's atonal honk thankfully replaced by Neige's high-pitched screech. What could be an incongruous juxtaposition of sounds just about hangs together cohesively, the songs ambiguity perfectly symbolising Neige's shadowy presence. If there is a criticism of the track, it is that it lacks the shape-shifting progression of Alcest at their best, at least until a sky-scraping final section which is nothing short of pure euphoria, almost religious in its sheer fervour, enough to convert the staunchest atheist were it adopted by a forward-thinking religious order. The addictive melodies build a path heavenwards, and it is almost impossible at this point not to follow the band wherever they may roam from here.

Leaving aside the inconsequential, but not actively irritating ambient track that effectively splits the album into two halves, the only element of this album that fails to attain the outstanding quality of its companions is final track 'Sur L'Océan Couleur De Fer'. For a band whose music frequently builds, post-rock style, to heart-stopping climaxes of carefully hewn noise, Alcest's inability, at least to this point in their career, to conclude an album on the kind of high that they effortlessly generate elsewhere is a curiosity. Perhaps it reflects a desire on the part of Neige to sidestep the obvious, and if that is indeed the case, one can admire the bloody-mindedness of his stance, if not the result of what in reality is an overly stubborn decision. However, despite the unfettered, latter-day Anathema prettiness of the painstakingly constructed conclusion to Écailles De Lune, which, like a songbird's nest, gives the impression that the slightest breeze would bring the whole thing crashing down to Earth, it is nevertheless a downbeat and disappointing destination to an enthralling journey that promised, but never quite reached paradise. Things would have been improved immeasurably, if only Alcest had chosen the path of least resistance, and reversed the sequence of the final two tracks, such peaks does 'Solar Song' scale. As this track gradually looms into view, we find ourselves floating on a placid lake, gloriously free and untethered. Gorgeous, harmonised vocals take the lead here, counterpoint melodies building an orchestra of human voices, creating moments of unalloyed beauty. Gradually, soothing guitar melodies build, creating a luxurious song that demands to be wallowed in; less a collection of phrases joined together, and instead one single, long-form melody. It is exquisitely composed, arranged and performed.

It is a wonderful thing to behold a band developing, in real time, into the band that they had threatened to become, and on Alcest's second album, that is exactly what we are fortunate enough to bear witness to. Écailles De Lune is a short album, but packed full of invention, beauty and magic. Alcest have continued to release fascinating music since its release, but even if one prefers their later work, it is difficult to argue against Écailles De Lune as the perfect representation of the sound that remains at the core of the band's approach, the roots that feed their younger leaves and branches feeling their way into unclaimed spaces, but dependent on the life-giving power of their link to the ground beneath. The emotional connection with the listener is that much greater than previously, as if the lessons of the trial and error of their debut have been rigorously studied and applied to its follow-up, and a perfectly conceived vision is almost flawlessly executed, in a way that is both thrilling and satisfying. Just as Neige seeks to find a way to transport himself back to the Fairy Land that he claims to have experienced during his childhood, so the innocent wonders of this album ensure that the music within will never grow old, and this listener will not grow weary any time soon.