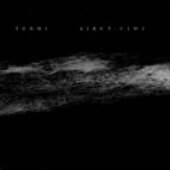 Tenhi’s latest release in their warbling about the primacy of man and how the earth bleeds... don’t get me wrong this is great relaxation music and serene in what it is meant to do, but like “Kauan”, “Airut:Ciwi” tends to go on the dirge a bit, once you hit mid flight.

“Airut:Ciwi” sees Tenhi keep ever so close to their roots in the folklore nature of Finland and delve into sorts of what Opeth did on “Blackwater Park”, eg the music is a bit heavier, and more depressive than what was felt on “Kauan”. Tenhi for “Airut:Ciwi” use a few more obscure instruments from around the world, at the beginning of ‘Tuulennostatus’ I swear the indigenous Aboriginal instrument is up and cranking... that being the didgeridoo. Funny instrument, although works rather well for the opening track. Right the way through ‘Ciwenkeirto’ some tribal drums are correlated or some very well implemented drum samples, (although I believe the earlier of the two would be used as Tenhi do not seem to be the sort of band who would abide many synthesizers or anything to do remotely with technological instruments; in fact anything post 15th Century seems to be out by these guys). Which brings me to my biggest gripe and problem with Tenhi; while that bring about an atmosphere most other bands can only dream of achieving, they seem to be lacking that 21st Century edge that many others can do. I like Tenhi but a lot of their material seems to drag on to too much of an extent.

“Airut:Ciwi” features some beautiful material that is meticulously played. However the amount of material on it is very scarce and for close to 2/3 of a full price CD for a MCD is a bit rich and I do suggest you investigate “Kauan” for your full length Finnish folk fix.

Bottom Line: While short on material and high on price, Tenhi compensate for atmosphere and an unwillingness to jump into the 21st Century. “Airut:Ciwi” is good and you can buy it, if you have the spare dollars, if not then find “Kauan”, their last release.