Metal does not come to mind when thinking of the Finnish mellow folk group Tenhi, yet the peculiar thing about Tenhi is that they seem to receive such grand adulation from the metal press around the world. Is the metal world getting soft in its old age or has metal beginning to appreciate some of the world outside its often narrow confines? I believe it is the latter, and "Väre" is fine testament to a band refining their art to their true potential. I had a window of opportunity to email Tyko (vocals, synth, guitar, mouth harp and didgeridoo). 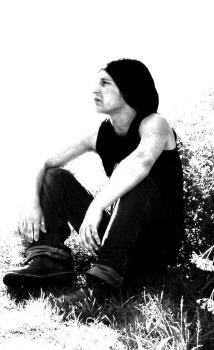 What prompted Tenhi to come together? Certainly musically speaking, you guys play music that is outside the norms of today’s music standards. Tenhi is obviously a band that is put together to play music for yourselves that comes from the heart, right?

We pretty much do what we please ignoring all scenes and styles. We have an interest in many musical styles as well, but this is just what comes naturally from us when we deal with the topics that Tenhi is about.

Tenhi? What does it translate to in English? Does this word or name have special significance in Finnish?

It means a shaman or a medical man of the tribe, it is not used anymore in Finnish language; it is an old poetic form.

I think you have struck a very happy medium with "Väre". I thought "Kauan" was perhaps too pedestrian, and in "airu:ciwi" it seemed like you were trying to accomplish too much with the instruments you were using for the MCD. Don't get me wrong, these were both good CDs, I am just pleased to see how much you have progressed for "Väre".

It has always been a bit of a problem for us to get the records sounding as good as a whole because there are three of us in Tenhi; me, Ilmari and Ilkka, who write the music, and even our own compositions vary a lot. We try to avoid compromises even if they would help the songs fit better together like on "airut:ciwi". On "Väre" I think we succeeded to create a mood that carries though the whole album although the songs on "Väre" may vary a lot.

How did you find the didgeridoo? It's a funny instrument, eh? I remembering tinkering around with one a few years back; couldn't play it to save myself. It seems as though you guys have used the didgeridoo to good effect on "Väre" though. Was it a hard instrument to get the hang of? The usage of the didgeridoo throughout 'Sutoi' is brilliant.

The sounds of different instruments are interesting just as "sounds". The didgeridoo has one of the most interesting and personal sounds to me and I have been playing it some 5-6 years now. I had the opportunity to get a real Australian didgeridoo made of eucalyptus tree a couple of years ago, the sound depends a lot concerning the wood, which it is made of. It is a very hypnotizing instrument and one can play it for hours just by yourself even if it is the one of the most simple and oldest instruments around.

How did the recording of "Väre" compare to that of "Kauan"? In most respects "Väre" seems like it took longer to record and more time and effort was put into it. Obviously you guys are more accomplished musicians now.

Recording and mixing "Väre" took a very long time as we did everything by ourselves also we weren't satisfied how the mixing turned our on the first time so we began from the beginning after a couple of months break from the band. 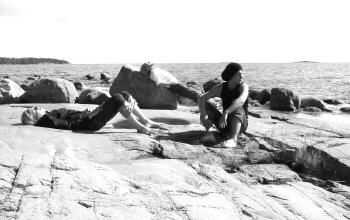 Prophecy Productions must provide links to music avenues with which you wouldn't have dreamed (or dreaded) of being associated with. Metal is one such avenue. Do you get good reaction from the metal press in comparison to other music markets?

We got most of the feedback from metal and gothic press but also some from more the progressive music magazines. The majority of the reviews on all our albums have been excellent, it is great that musically different oriented people like our work and can find the same atmosphere in them.

Speaking again of the metal genre; does it bother you guys to be often associated with a lot of metal acts? It seems with every year the metal field is growing to encompass more and more diverse musical acts, you guys are one such example.

Not really, we don't care about any of the scenes and how our music is labelled but maybe we feel the most at home within metal circles as we have all "metal background," still our music has very little in common with metal, maybe it is more a question of the feel in it and the moods it awakes in the listener.

Are you satisfied with how "Väre" turned out?

We are very happy now when it is finished, at some points working with it got too stressful.

Is Tenhi capable of putting together a live set? Or is there too much fiddling around and tinkering with hundreds of different instruments to get anything really solid together?

We have played live a couple of times here in Finland and also in Germany, (Wave-Gotik-Treffen festival) and 9-day tour in Germany and Austria. On live situations our line-up grows to seven people so it is possible for us to get the same feel when playing live that we have on our records.

For me the greatest thing to come out from "Väre" is that this is a band that is far more energetic in comparison to previous releases. It is almost as though you guys have a renewed passion for playing music.

I like the variety of songs on "Väre" as they are faster and more rhythm based songs and some more calm and quiet songs, while "Kauan" was mellower and maybe lacked the eruption of energy at some points. 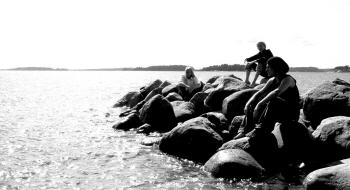 I have read a lot of press statements and other reviews of your past work saying that nature and the elements are the inspiration for Tenhi. I can't read a word of Finnish could I ask you to give me the translation of each song and perhaps some insight into what each track is about?

The song titles are hard to translate, they often are not literally "correct" Finnish merely indicate to some words.

'Vastakaiun' (means something like "I Echo")
A journey in motions.

'Jäljen' (means something like "I Leave a Trace" or "Traces")
This song has multiple meanings one of them dealing with the process of making a painting.

'Vilja' ("Hay")
It is about the greyness yet uplifting feels after a rain.

'Keväin' ("At Spring Times")
Quite a positive song about the vitality of spring.

'Suortuva' (something like "Curly/Spiral Shape")
Could be understood as a sad love song.

'Tenhi' (old Finnish meaning "Shaman")
A song originally from our demo tape, our only song which hasn't got any lyrics related to it.

'Kuolleesi Jokeen' ("Lay the Dead to the River") Leaving all sorrow and depression behind.

Again on the subject of content matter of Tenhi, would it be possible for you guys to travel to a new country or continent, such as China or Africa and be inspired by the natural settings there and as such compile an album that is completely foreign to any past work of Tenhi based upon the unique setting of that particular location?

The surroundings have a tremendous affect on the music we make and so our work would probably have special 'spices' from those locations, yet we always interpret the feelings so the music could be still recognized as our work. Even here our work isn't easily related to common Finnish mentality, the music is just us and the way we feel.

What is the biggest accomplishment you have achieved with Tenhi to this date? Is this a personal thing... or do you think the rest of Tenhi feels the same way? For instance releasing 2 full-length albums must be a pretty good feeling for you.

I am very happy just to be able to express special feelings and myself.

Thanks for answering these questions for me and Metalbite.com, any parting words?

Thank you for your interest. We have plans to record something this summer/autumn and hope to release a new album in 2004, while waiting for that get your hands on "Väre" for a trip into the outer spheres.