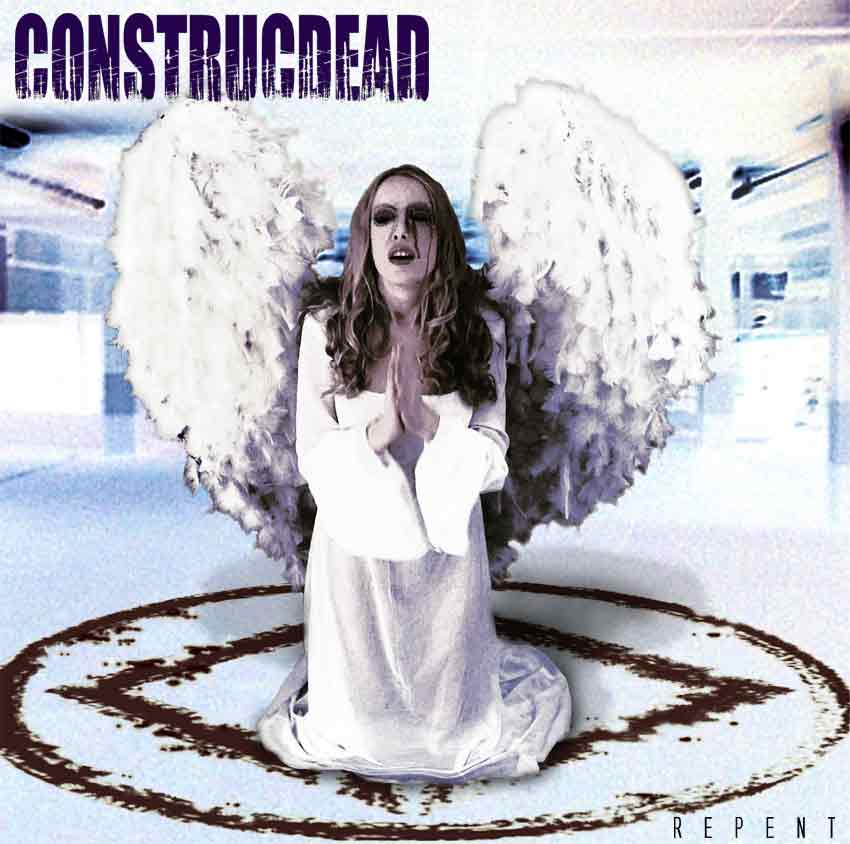 Construcdead's debut record "Repent" bursts through your system's speakers like a nuclear explosion! Musically, it displays a potent mixture of melodic death and thrash metal, which closely rivals that of bands such as The Haunted. However, Construcdead is a far more aggressive beast than the aforementioned band. With four demos behind their belt already, Construcdead was more than ready to record their debut album when the time came. What we have here is a sharp and focused melodic thrash disc from a band poised to become part of the extreme metal elite.

Many bands that perform melodic metal have a problem with creating an overall heavy record while trying not to sacrifice the melody of the music. In Construcdead's case, the overall feel of "Repent" is consistently brutal and aggressive, yet within almost every furious riff lies an undeniable melody. In songs such as ‘My Undying Hate’ and ‘The Rain’, the band create extremely catchy guitar hooks while still keeping their violent aura in tact.

One of the interesting things about "Repent" are the vocals. In a way they remind me of Johan Liiva, previously of Arch Enemy, as they are very brutal but you can more or less understand what he is saying. The guitarists of Construcdead are serious riff masters pulling out memorable guitar lines from left and right. The bass really helps add to the heavy feel of the record, while not taking away from the melodic attack of the guitars. The drumming is very entertaining on "Repent". Usually when you have thrash songs there are few places you can go when you are a drummer, but this guy really does a good job of filling in the spaces well with awesome tom fills and grooving double bass.

As with nearly every debut release, there are always areas that could use improvement. With "Repent", however, I am truly at a loss for words. I am anxious to see where these guys go next. They have shown here that they can hang with the best of them and I am hoping to see them expand on the foundation they have built with their debut. If you are a fan of melodic thrash music, then this is definitely a must have for your metal collection. It will have your head banging the whole way through!