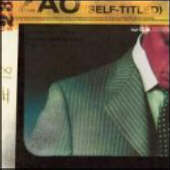 It takes time for a band to develop a unique sound that represents them, and it takes determination to fight through everything in order to get to that sound. Zao; a band that merely started out as hardcore – have expressed their strength and courage. They’ve never been a band to slump into a reoccurring state of yearly album droppings that showed little or no growth. A band that thinks in this state of mind only strengthen their chances to release an album that is beyond the limits of their proposed genre. That’s what Zao did with “Liberate Te Ex Inferis” and that’s what they’re doing again with their fourth album “Zao”. Not settling for anything less than what they’re capable of, Zao have once again created an album that raises the bar up a notch.

It’s a difficult task to pigeonhole “Zao” and to say what exactly it is. That’s because it isn’t exactly anything. What they’ve done here is create something that is higher than their metal-core brethren. It’s brutally punishing to the ears of the listener but at the same time it radiates with beauty at poetic divinity. If you didn’t already know, an album that comes together in this way is rare.

“Zao” is a maelstrom of chaos and beauty; dark and light; triumph and defeat. It’s an immense album that speaks with conviction. "Zao" thunders down unrelentingly with its mammoth waves of destruction but the sun shines through enough to let life survive. “Zao” transcends all those elements, and that makes it diverse. That’s where Zao often lacked in the past, but their shortcomings are all laid to rest now. There are of course the songs that are in the vein of “Liberate” ('5 Year Winter', 'A Tool To Scream'), but more is brought to the table this time. There are calmer instrumental sections, something the band didn’t fully explore before. Lead singer Dan Weyandt even gives his hand in actually singing on different places during the album, and tossing around some ethereal whispers ('Witchunter', 'FJL') that play into full effect. Zao's newly found sense of melody is also increasingly stronger and that shows in each and every track. Zao blend their musical explorations together perfectly and bring the diversity into each song, instead of just having one song and the next being completely different. The band is always progressing and it shows on “Zao” in more ways than one.

Bottom Line: Quite possibly the bands greatest achievements and a shining moment for the scene. It’s a shame the album will be overlooked and ignored by so many.