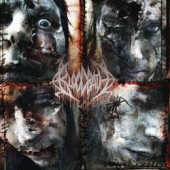 Even though their three-piece “Breeding Death” was probably the most often listened EP by me ever, after a full spin through “Resurrection Through Carnage” only one question entered my mind that should start and end this review indicating my opinion regarding this quartet. Can you guys leave your original bands to make Bloodbath a fully functional band? Nothing against original acts here, I would say it would even be a huge loss to the metal community, but the excellence of this album plus my unconditional love for death metal makes too deadly a combination for my brain cells to appreciate anything else.

This is simply unfair to the rest of death metal world. You play metal for your whole life and end up making a name for yourself and then 4 guys that don’t even perform anything close to death metal in their main bands create a project and simply destroy the competition with their “debut” album. Mike Akerfeldt (Opeth) entertains us with his best performance yet, ever overshadowing anything he did in Opeth in lower section of his vocal department; Anders Nystrom (Katatonia, Diabolical Masquerade) rips through the guitar neck like there’s no tomorrow with riffs that make Chuck Schuldiner proud (smiling up there in death metal heaven). Jonas Renske (Katatonia, October Tide) pounds my gut into convulsions every time he hits the string and backed up by Dan Swano (Edge Of Sanity, Nightingale) on drums they molest my neck muscles with barbarian force. To put it in simple terms “Resurrection Through Carnage” will rip your head off from your corpse, piss on your neck and repeat that sequence with every drum or guitar stroke.

With the sound of the Swedish death scene from almost a decade ago manicured to perfection in today’s studios, combined with atmosphere of early Death albums, Bloodbath created an ultimate blend of those two worlds know to any metal maniac. Crisp and powerful, stripped to the basics death metal presented in its purest form “Resurrection Through Carnage” will stand for years to come as a genre’s redefining moment and secure a place in books of metal history next to its biggest names. Did I mention intelligent and thoughtful lyrics? Consider it as a textbook example of putting thought into lyrics.

Bottom Line: You tend to forget you girlfriend/wife’s birthday date? That’s understandable, but if you miss November 12th release date of this masterpiece carnage will be your only resurrection.