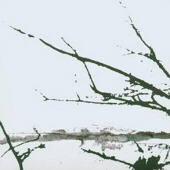 Finally, Tenhi has worked out a suitable middle ground for their musical landscapes. Both their past two albums, “Kauan” and “airut: ciwi” had some good things happening for them, but were either too folk inspired and a bit too monotone, as was the case with “Kauan”, or a bit bubbly and not precise enough, as was in “airut: ciwi” (a ‘too many cooks spoil the broth’ type scenario, here).

“Vare,” however, is a work of art refined, reworked and perfected. Tenhi have applied some memorable and enchanting musical textures to “Vare,” making it sit right atop the greatest echelon as far as folk inspired music goes in our rapidly changing metal world.

Vocally “Vare” is a bit sparser than what the past two efforts of Tenhi offer; now the vocals sit equally with all the instruments on “Vare.” Speaking of which, Tenhi again present us with a varied palette of instruments to cater for all audiences. Didgeridoo, Jew’s Harp and Udu to name but a few.

All in all, Tenhi has managed to pull out all the stops for “Vare” and the end result is nothing less than impressive.

Bottom Line: Both of Tenhi’s last two releases in “Kauan” and “airut: ciwi” were solid albums, but missed the mark a little in terms of the ‘last-ability’ and
‘atmosphere’ factors. “Vare” is a culmination of the best features of ”Kauan” and “airut: ciwi” whilst still having some sort of unique identity of its own. “Vare” is a record worth checking out for any lover of music, regardless of which genre they might prefer.