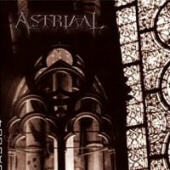 Australian black metal? Something of an oddity to most fragile metal minds, but down under we are blessed with one of the finest metal acts in Astriaal. Astriaal plays a black metal brand that harkens back to the older days of black metal circa 1995-1997 where bands like Borknagar and Old Man’s Child were carving a name for themselves with shredding black monstrosities spliced with acoustic interludes, rasping vocals and hypnotizing dark hymns.

At the end of 2002 Astriaal released upon the world "Deception Revelation", a 7 track EP featuring a blistering new track from their forthcoming album ("Renascent Misanthropy"), two live tracks, a re-recorded track from their early demo ("Glories of the Nightsky"), and finally an exclusive three track closer called 'Revelations' to end the EP experience.

These five guys are at the peak of what they are doing at the moment. If you couldn't get enough of the top black metal that was coming out before all black metal bands went cyber and futuristic, (I am talking the medieval black metal back in the glory days) then Astriaal are your new favorite band. However there is something cutting edge and revolutionary in Astriaal's concoctions of black mastery that enable them to still flourish in this day and age, making it a worthy EP that black metal fans, and possible metal fans should hunt down.

Bottom Line: "Deception Revelation" is a fine EP and a worthy introduction to the world of Astriaal which should hopefully hook folks onto their forthcoming album in "Renascent Misanthropy" that should be a corker if the track 'Ode to Antiquity' is anything to go by.