Everyone considered to be of fine Australian metal stock has heard of the infamous black metal act in Astriaal. Their latest EP "Deception Revelation" is chock full of black metal grimness to dry even the most darkened of eyes. Brutal, ferocious, yet retaining the ethereal quality that has managed to forge Astriaal into the entity they are today. I had the pleasure of speaking to front fellow in Arzarkhel who was very excited about their late EP and the forthcoming record, for which I will have a follow up interview for. 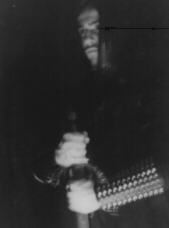 Tell me first off, how hard is it to become a successful and recognisable metal band within Australia? Astriaal is a black metal band, do you think you have more of an advantage within the metal market in Australia, say in comparison to a death metal band? What I am trying to ask is whether there is a certain metal fan type in Australia that is dominant?

Personally, I find most people within Australia who have an appreciation for extreme forms of musical expression are generally not so illogical as to limit themselves to one particular genre over another. Of course there are exceptions to this rule, although to exclude a style and just adhere to either death or black metal for sheer imagery is very narrow minded and serves as a form of self-limitation, in my opinion. I do not believe either genre has an advantage over another within Australia so long as the artist performs their music to the highest caliber, conviction and ability within their chosen style. Astriaal has been going for over 5 years now and we have endeavored to maintain a healthy position within the Australian extreme music scene over that time and thankfully a loyal horde of Astriaal listeners have enjoyed what we have achieved and released thus far. Finally we can now thank those individuals in the form of "Renascent Misanthropy" for their support over the years.

"Deception Revelation," the new EP I guess you could say. For me I think this disc is a perfect introduction for the new listener, but also offers a significant amount of material that old time fans would enjoy checking out. Was this the intention?

Yes. With "Deception Revelation" we wanted to purge ourselves of older material that had never been released and didn't quite suit the new direction and development Astriaal was undertaking at the time. As can be heard 'Ode to Antiquity' definitely stands out above the other material and is more an accurate representation of where Astriaal now stands. Many of the tracks are, and will remain exclusive to "Deception Revelation" these being the 'Millennia of Bloodshed' and 'Revelations' pieces.

'Ode to Antiquity' is a brilliant way to kick off the EP. It represents one of the most effectively well-worked black metal tracks I have heard for a while. Production is clear and crisp; the riffs are strong, but at the same time haunting; the drumming never lets up inside the opening piece. Perfect. Vocally is what really sets this track apart from hundreds or possibly thousands of black metal clones for me. The chants are excellent throughout the track and are used in great sequence with the rasps from you. I guess you could say I really like this track. You blokes must be fucking impressed with how it turned out.

Your comments are certainly appreciated. Well considering this was a "taster" track so to speak, it sets the tone for what will be "Renascent Misanthropy" unleashed late June early July 2003. I can honestly say that "Renascent Misanthropy" has turned out brutal to our ears at least and all of us in Astriaal are very satisfied with the finished product indeed. The legacy is near complete for us now...

'Revelations' is probably the talking point of "Deception Revelation." I have heard a lot of folks say that these three songs are an accumulation of what Astriaal has accomplished throughout its lifespan so far, and I am inclined to agree with them. A few questions about Revelations:

+Why did you break the Revelations piece into three tracks? Why not just throw it together like an Opeth track?

+A three part journey. The birth, the conflict and the final journey into the outside realms. Lyrically and conceptually, can you divulge anymore information about Revelations?

Well we wanted to do something different concerning the 'Revelations' trilogy as to make it more a concept piece based on the ideology assigned to each chapter and to simply venture somewhere different with an Astriaal composition. As for the concepts behind the track itself I will quote an answer I have used before... [The 'Revelations' trilogy is based upon the mythology associated with the various Northern European runes. The concept behind 'Thurisaz - Reflections of Inception' refers to the seeing of events past, present and of those yet to come. In my synopsis I related this rune to the concept of the conscious realisation of oneself, once we are aware of this we can control (to a certain degree) our own destiny and or fate based upon the foundation of knowledge. Nothing is truly set in stone, although there is always the element of predetermined inevitability. Here in lies the mystery of the majestic, grand Abyss. The 'Hagalaz - Destructive Forces' chapter refers to Man's constant battle between mental reality/thought and the preservation of thyself... thy flesh. The age of human anti-development is upon us. I feel this is to be Man's ultimate destination, destruction shall ensue and no flesh shall be spared... already dead are we. The closing chapter 'Raido - The Journey' encompasses the knowledge of Man's imminent expiration. Death, a journey we shall all undertake one bleak or glorious day... the unavoidable and the pure unknown.] 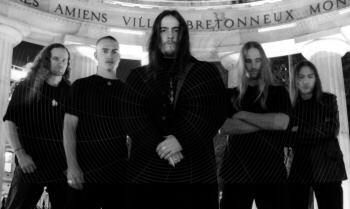 What is the inspiration for Astriaal? I think you guys would fit perfectly into the 1995-1997 black metal scene in the Scandinavian region. When bands like Borknagar, Old Man's Child and Emperor were really taking the metal scene by storm.

In the beginning I would say that the music we were listening to at that time certainly helped form the foundation for Astriaal's sound. These days though I feel we are quite comfortable and capable of creating our own sound, style and approach within our songwriting as a whole. To answer your question though, inspiration for Astriaal now transpires from within ourselves as a band and as a collective musical entity. The era you mentioned certainly unleashed some grand monuments concerning black metal's evolution and was indeed a very productive period for the black metal genre in general. A few past inspirations would definitely include: Abigor, Borknagar, Burzum, Gorgoroth, Dissection and Satyricon to name a few.

No Metal For The Brain last year was a huge catastrophe in the Aussie metal scene. A lot of disappointment all around, I would be guessing. Things to seem to be a lot calmer this year and I am assuming it will go ahead. You must be excited about MFTB happening this year though.

Indeed. Last years cancellation of MFTB was certainly a case of public liability insurance out of control. From all the information we have received from related sources it looks very positive and optimistic that this years festival will most certainly go ahead. We are always charged to perform at MFTB because of its history and it being such an extreme day on the Australian metal calendar as are the brutal Bloodlust and Overcranked festivals. There is great support and an abundance of avenues for extreme metal artists to perform live within Australia at the moment. I feel the brutal Australian metal scene has never been in a stronger position overall than it is now currently in.

With 'Ode of Antiquity' being the sample track from the full-length "Renascent Misanthropy," is that what we can expect? Energy, choirs, ferocity and the like? Any secrets you feel like unleashing?

Certainly... aggressive, melodic, blasting, mournful and haunting moments are interspersed throughout the "Renascent Misanthropy" listening experience. We have tried our best to leave no stone unturned concerning the production methods utilized for "Renascent Misanthropy." The sound is crisp and full yet retains the underlying warmer acoustic feel beneath the more brooding passages within each composition. There will be 9 tracks all together with a total length of over 40 minutes worth of sonic misanthropy. We have also used a few subtle keyboard layers to enhance the atmosphere within selected compositions and the album will be preceded by an epic intro composed and performed by Tharen of Dargaard/Abigor infamy. All artwork and design has primarily been created and overseen by ourselves and will consist of a full color 12 page booklet. We feel and hope "Renascent Misanthropy" will offer something aurally and visually unique to the discerning listener.

Is the release date for "Renascent Misanthropy" soon?

We have chosen June 23rd 2003 as the official release date, meaning we will have copies available at that time from mail order and live performances initially. It will be available throughout selected music retailers Australia wide mid July released via our drummer's [Gryphon] label Blacktalon Media and distributed via MGM. We have chosen our Incantation performance [June 26th 2003] in Brisbane as the official CD launch for "Renascent Misanthropy" to later coincide with the Bloodlust III and Overcranked III festivals also. 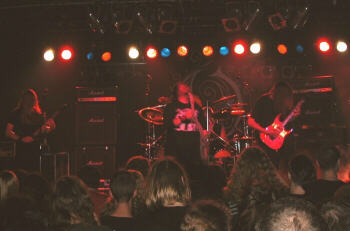 Why does no Aussie metal band ever come to Tasmania? You have no idea how left out some of us feel. But from a cost perspective I can see why.

Believe us we would greatly enjoy performing in remote places like Tasmania/Western Australia and have always wanted to. We will endeavour to get there for a performance in support of "Renascent Misanthropy" although nothing is definite at this point. Unfortunately with the scale in distance involved with traveling/touring throughout Australia it makes certain destinations too costly to cover expenses, especially when performing extreme forms of music. We hope to get there one day.

You guys are pretty well known and respected within the metal circle in Australia. How well do the sales of Astriaal records fare in the international markets? Any intentions to play some shows in Europe anytime in the near future?

It is hard to ascertain how many copies of our previous releases made it overseas, although we are always surprised at how many different and obscure countries people have heard our music and have heard of Astriaal. Up until now we have never had a full length album to promote and generally it is only until you have a debut album available people and labels take notice internationally. With "Renascent Misanthropy" we hope it will provide the ammunition to finally carve out our own mark on the world scene. We have many contacts with overseas promoters/labels/bands and have had discussions concerning a tour throughout Europe early next year. Also related to international matters our debut release into the vinyl format will be the Astriaal 7" EP called "The Throne to Perish" released June 2003 via U.S. underground label Dark Horizon Records.

Ok man, thanks a fucking bunch for answering these questions for me and Metalbite. Keep on trucking, and I can't wait for "Renascent Misanthropy!" Feel free to plug Astriaal...

Thanx to you Jack and Metalbite for the great interview. The dawn of a new era is approaching for Astriaal and the legacy for us is near completion. "Renascent Misanthropy" is Astriaal's quintessential sonic metamorphosis 2003. Astriaal drives Battle Trucks exclusively. www.astriaal.com