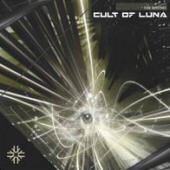 Somewhere out there, between Neurot Recordings and Hydrahead Records, there are a handful of bands that capitalize on the Neurosis'-style. Maybe not exactly, but don't try to tell me that the amazing Neurosis hasn't influenced such bands as Isis, and most recently - and to the most recognizable extent - Cult Of Luna.

Somehow, Cult Of Luna got picked up by one of metals larger labels, Earache. Good for them, I say, and good for us. Cult Of Luna might not be the most original thing, but in relative terms, they're doing a hell of a lot more about that than most bands touting around the metal scene.

"The Beyond" is Cult Of Luna's second release, and their first for Earache. Ten songs of blinding, bone rattling music. This stuff is dense and there is no doubt about that. It tends to alternate between more quiet moments, and others that pummel you into submission. That chugging bass just thumps that rhythm out like all hell is breaking loose while a wall of distorted chords are churned out, creating a storm of aggressive, uncomforting, and edgy music. Even the more quiet moments are likely to insight fear into you. Cult of Luna isn't exactly the kind of band that you're going to want to leave playing when you go to sleep at night. It's quite eerie, to be honest.

However, Cult of Luna is often torn between success and failure for exactly the same reasons. While the aforementioned elements of Cult of Luna help propel them into prosperity, it also creates somewhat of a pit. That pit is what I like to call the gaping hole of monotony. Simply put, there are times when "The Beyond" fails to engage the listener in the desired ways. It's a lengthy album, and at this point Cult of Luna have things that they haven't quite nailed yet. It's easy to get lost in "The Beyond" to the point where, along with Cult of Luna, you lose site of where you're going.

Bottom Line: "The Beyond" is definitely a record of quality. Still, it's not amazing. I predict however that Cult of Luna's greatest hour has yet to come. "The Beyond" is still certainly worth a look into.