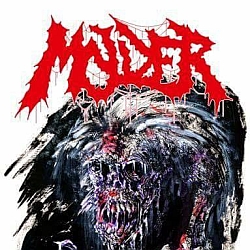 The strains of good death metal have become a somewhat distant relative or a long-forgotten friend these days. Sure, we're seeing an influx of “legendary” death bands reforming and putting out material (Epitaph, Wombbath and Excruciate immediately come to mind), but how much can the old magic be recapitulated on to a positive result? The feeling for true death metal has always been there; it's a nagging cramp that is most enjoyable for those of us in the know and a simmering blight on the music industry that the morons among us simply cannot erase, try as they might – we are here for the long haul, so ignore us as you always have.

Being from Chicago and seeing the majority of good to phenomenal bands crushing the local (and in some cases worldwide) scene is a real treat for this old man. I am always lamenting about how large factions of the younger generation have no real love or desire for the 'old school' era of our music, and, as I am wont to do when warranted, I'll self-deprecate to the point of ridicule when I'm wrong...sometimes I think I throw myself to the wolves purposely to force the hands to prove me wrong.

Thus, we have Molder and its first official demo, An Act of Revenge.

Hailing from Shorewood, Illinois, this trio has four...FOUR legitimate releases under its deathly belt in 2018 alone and the meshing of old school U.S. death metal and modern airs of horrific musical decay is extremely well done. Vocalist/drummer Aaren Pantke, bassist Dom Vaia and guitarist Ramon Garcia have been making the rounds around town; their name is becoming synonymous with such coveted local acts like Cianide, Cardiac Arrest, Absconder, Morgue Supplier, and Imperial Savagery – the Chicago pride is very strong in these three guys, and they are a welcome addition to our long, albeit underrated history in the geographical arena.

An Act of Revenge displays an obvious knowledge and love for such a disgusting and veritable 'bastard child' genre that has never seen its day in the commercial sun and, happily, never will in my lifetime. That said, the wonderful tempestuousness that we hold so dear and enjoy so intently is prevalent in five tracks of volatile, yet well-constructed tracks of unadulterated death metal. The 'filmy' or as I call it “congestion” in the production here is exactly what modern death metal has vainly tried to employ in the modern day, but it usually fails by way of spastic overkill or simple lack of  organic feeling. With vocals straight from the bowels of Floridian and West Coast history and instrumentation not near polished, yet far from sloppy or trite, Molder's demo is a fascinating trek through murky, dismal plains of fast-paced galloping through the senses. I can't personally love any recent demo as much as I do this one, and the band should be given a serious listen by any real fan of this genre.

With topics ranging from the lovely and mentally fragrant rotting of corpses (“Molder”) to  abhorrent genetic maladies (“Malpractice”) and into the  wondrous world of eating meat that was once a walking, grazing critter of the deities (“God's Critters” - oh, the insane riffing in this track!), I can only say that as a music fan that is usually very hard on the last 15-years of the death metal sphere, this is a slice of American death far beyond the accepted and expected norm. This demo is more of what we crave and need in death metal, an art form criminally drowning in a pathetic mire of shopping mall shirt stores and Cannibal Corpse hand-me-downs from an older sibling's outgrown biology. Molder is, in my humble assessment, the perfectly reasonable addition to a lineage that can always use a fresh perspective on an old musical friend.

As I'm known to do on occasion, I espouse all of the carnal virtues and accolades I can muster upon bands I find truly worth visiting and supporting, and An Act of Revenge is one of those moments I wish for my younger days because it would be great honor to share a stage with a band this dedicated and true to the art form. Check them out and turn loose the longing for death.