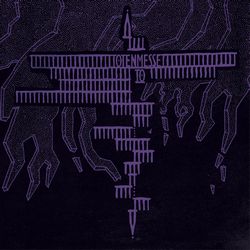 Totenmesse jumped out like a rabbit from a hat, but it must be noted that its musicians are not such rabbits anymore. Stawrogin - the sound of his throat shouldn’t need any introduction (ex: Odraza, Outre, Massemord). Guitarists Void and Rzulty could be heard in, among others, Eclypse and Hell United. Bartollo (bass) is also a musician of Eclypse and Hell United, while Konrad aka Priest is also a brand in itself (eg: Odraza, Voidhanger, Massemord). Five of them created this filthy beast whose name was given To. That's all and yet so much more! The rest is over 42 minutes of insulting nihilism, which you will either admire or reject. I know one thing, if you decide to listen to this record, you will not remain indifferent to it.

To is a creation of many un-obviousness and extremes. Poetry of poems combined with dark/dead content. Musical shot from building disgusting climate slow parts (beginning of "Pusty Dzwon", ending "Istne Gówno...", beginning and ending "Łuna", "To") to destructively grinding fragments (ending of "Pusty Dzwon", beginning of "Istne Gówno ... ", the beginning of " 21st Century ... ", interludes "Łuna"). Vocal lyrical melo-declamations exchange with dingy, hoarse screams. The presence and form of the cover of King Crimson's "21st Century Schizoid Man", which originated from Stawrogin for many will be simply offensive, and for others it will be a sonic consolation for their sick desires. To my ear it is, in a sense, a discharge of emotions that could have accumulated after the first three songs.

The crowning achievement of this ambiguity is a cover art by a friend Saars (Furia, Massemord, Wędrowce Tułacze Zbiegi, etc.). Inside lyrics gently pierce out from the black, and the front is decorated with??? Exactly. Is this a bursting, retreating glacier that reveals a black void? I am sure that there will be many interpretations. And that’s how the whole debut of Totenmesse is. Charged with dark emotions, spitting nihilism and stabbing ambiguities.

By closing this ‘speech’, which turned out to be a review, I must say that I unwittingly became a fan of this dark five. I hope that in the near future I will be able to experience their on stage degenerations. I honestly recommend To!!!