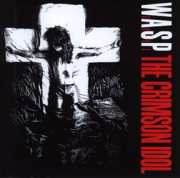 Type: Full-Length
Release Date: August 1st, 1992
Label: Capitol Records
Genre: Classic, Heavy, Rock
1 The Titanic Overture
2 The Invisible Boy
3 Arena Of Pleasure
4 Chainsaw Charlie (Murders In The New Morgue)
5 Doctor Rockter
6 I Am One
7 The Idol
8 Hold On To My Heart
9 The Great Misconceptions Of Me
MetalBite on YouTube

Have a look at the reviews for this album with the average of unbelievable 98% and then even fools like me understand that many people think this work is simply perfect. Indeed, it seems that The Crimson Idol means a lot to a great number of metal maniacs and this is something I want to pay tribute to in this review. In order to describe my slightly different point of view in a comprehensible manner, I have structured my text from “important” to “less important” and I try to avoid my usual bad jokes when it comes to W.A.S.P.

The music (most important):
Yes, we all know it: The Crimson Idol is a concept album, but probably you agree that – regardless of the quality of the concept - the music is the crucial component. No doubt, W.A.S.P. deliver a mature work. The songs do not suffer from primitive effects, but they are also free from academic challenges. Of course, I am a prisoner of my own narrow-minded taste and it tells me that a cheesy, predictable and weak-kneed ballad like “Hold on to My Heart” has no right of existence on an album that wants to be a heavy metal work. A gross misconduct, but just one misconduct – and it does not sentence the album to death. If I want to find a good side of this song, it is probably the fact that it indicates the competence of Lawless to write catchy melodies. Hell yes, he was never better in creating monumental choruses. They sound bombastic, but not too pompous and they keep sticking in the listener’s ear immediately. “Chainsaw Charlie (Murders in the New Morgue)” (is this an E. A. Poe pun that everybody but me understands?) or “The Invisible Boy” show impressively that Lawless knows how to gain the attention of the audience.

By the way, despite my narrow-mindedness I am able to appreciate many soft parts of this album. Lawless commutes between calm and comparatively thunderous parts in order to increase the dramatic element of his story. This approach is not highly original, but it works, and it lends the metallic sections a very opulent aura. I admit that my heart rather beats for simple rockers. That’s why I like songs such as the almost ordinary “Doctor Rockter”, even though I have rarely heard a more ridiculous title. Nevertheless, the more opera-like tracks also have a lot of positive aspects, because they do not suffer from a lack of substance, they are coherently designed, and they bring many good melodies to light. Lawless walks the fine line between mainstream and real metal and he does it with somnambulistic certainty. Yes, I wish he would have given more room for his inner beast that is mostly well hidden. It broke out on The Headless Children and honestly speaking, The Crimson Idol has no song that should look for a duel with “The Heretic (The Lost Child)” or the title track of the aforementioned full-length. Nevertheless, overall there is not much to complain when it comes to the song material. W.A.S.P. have written great tunes and due to their experience (and the clear orders of Lawless?), they are able to let them reveal their full strength.

The production (important):
Well, what can I say? In short: W.A.S.P. have the financial possibilities, the studio experience, a professional mentality and an unmistakable instinct concerning the sound their fans want to listen to. Given this situation, it is only logical that the album sounds perfect, at least for this kind of albums. Its mix scores with the right balance between mass-compatible lightness and a heavy footing.

The concept (not that much important):
Concept albums are dangerous, because they tempt musicians to put the focus on the lyrics. But a musician who writes such an album is still a musician and not a literary man. I cannot provide evidence, but I am pretty sure that The Crimson Idol would have become an even greater record without its story line. Many concept albums failed due to their over-ambitious approach, just think of Kiss' “The Elder” (and parallels between their story and that of Lawless are evident, the lonely boy who is facing an enormous challenge). I prefer less strict concepts. It’s a completely different genre, but Sodom’s “M-16” dealt entirely with the Vietnam War, but Tom Angelripper did not torture himself with a continuous story line. By contrast, King Diamond told some strange tales, and this might be the reason why his solo works never reached the status of “Melissa” or “Don’t Break the Oath”. The story of Lawless is, sorry for that, pretty simple and without surprising twists and turns. It’s one of these tales that know only black or white characters, or, to keep the W.A.S.P. terminology, blackie and whity characters. Lawless has written some poetical lines (“I’m the boy only the mirror sees”) and I respect that the narrative is partly autobiographical, but from my point of view, it suffers from an overdose of kitsch. Neither terrible nor inspiring, that’s how I would like to label the concept.

Summing up, The Crimson Idol is an album that portrays the passion of Lawless and it gives room for many emotions. The musical approach could be a tad harsher, but it does not fall victim to an evidently commercial design. Lawless wanted to create something big, something special and something unique. To me it rather sounds effusively emotional, sometimes somewhat lame and some features I usually like, for example spontaneity or compactness, are missing. Nevertheless, he was at least partly successful. The Crimson Idol is a good album due to the vast majority of the songs, the flawless vocal performance and the variable guitar work – but I cannot describe it as outstanding or even perfect.