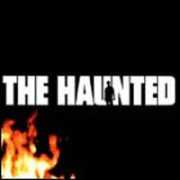 The Haunted is one of these bands that have lost their integrity completely during their career. In Flames say hello, but let's stay at The Haunted. How can a combo call the opener of its debut "Hate Song" - and believe me, this is a fitting title - and release afterwards albums like The Dead Eye or Versus? Of course, almost a decade lies between these works and the here reviewed debut. Nevertheless, don't speak of "natural evolution". Let's call it self-denial or musical treason.

Anyway, the first album of The Haunted scores with almost virginal innocence. Tracks like the opener or "Undead" do not need groovy sections. They destroy everything that stands in their way with Slayer-like riffing, straight patterns, an overdose of velocity and a pinch of punk vibrations. "Choke Hold" is cut from the same cloth, staccato riffing is combined with freely flowing leads and the drummer tortures his kit with uttermost precision and power. These tracks show the young The Haunted at its best and sound like an eruption of hatred, brutality and mercilessness. Great tunes that have never lost their fascination throughout the last twenty years.

On the other hand, the more groove-oriented "In Vein" reflects the less murderous facet of the debutants. This track is pretty ambivalent, because it reveals a somewhat whiny touch. I am pretty sure that I have found a homeopathic dose of grunge and commercialism in this song. But okay, one representative of mediocrity does not hurt the quality of the full-length in a significant manner. More important is that the dudes shred their guitars as thoroughly as possible. The sound of the six strings is a key factor for the rude appearance of the well-produced album. Moreover, the voice of Dolving must be mentioned in this context. I like his rampant performance up to a certain point, but his voice also expresses a missionary zeal which is typical for some hardcore or punk combos that are able to see through the hype, to save the whales and to condemn material values of all kind (until they inherit the house of their once hard working parents).

Tunes like "Bullet Hole" are located between the speedy eruptions and "In Vein". The slicing riffing is combined with a less vehement drum approach, while the occasionally knocking double bass drum increases both the heaviness and the dynamic. Indeed, some songs of the album's second half do not reach the level of fury that shapes the highlights of the first six tracks. But there are also velocity-fueled injections like "Shattered". It lies in close proximity to the angry assaults at the beginning without being representative for the second half. The Swedes drift into their own form of thrash that unites many traditional elements with some modern ingredients. Be that as it may, one thing is out of question: The Haunted's eponymous debut offers only more or less repulsive and nasty sounds. The final highlight ("Blood Rust" with its very coherent riffing and a pretty triumphant chorus) and the last number, introduced by an atmospheric beginning with spoken vocals, close a good and technically competent work, forged by a band that did not lack integrity until then.