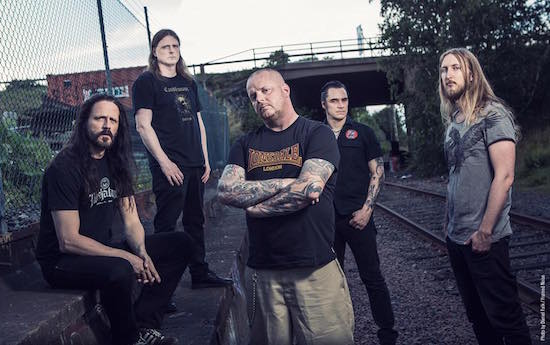 Acclaimed Swedish thrash metallers THE HAUNTED are unleashing their ninth studio album entitled Strength In Numbers next week, August 25, worldwide via Century Media Records. The band have unveiled the album's latest single, 'Preachers Of Death', which you can check out in the below music video produced by Oscar Dziedziela (OD Visual).

THE HAUNTED collectively revealed: "'Preachers Of Death' is the third video from our new album “Strength In Numbers”. It’s a stomping number with all the elements of a true THE HAUNTED song. Turn it up and stretch your neck, 'cause this is a banger."