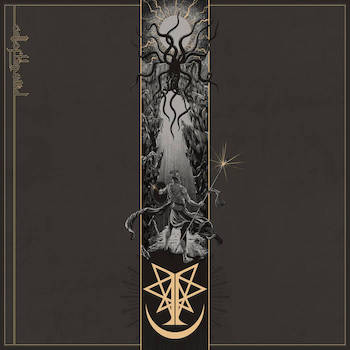 I've recently noticed a significant influx of bands implementing metalcore and deathcore elements in their music. And it really is a nice addition, sort of refreshing breeze, especially when added to quite brutal branches of metal and I'm speaking really brutal, pig-squealing-brutal metal. I like that it creates a mix of melodic metal and almost grind core.

And if there is any new subgenre around we can be sure that United Kingdom will provide their own version of it sooner or later. And in this case, it's Ingested from Manchester. Their version of brutal death metal mixed with deathcore most of all has really good sounding guitars. This is probably the first thing most worth mentioning - production. Guitars are very low tuned and distorted, but at the same time their sound is very selective. I'm sure that having guitarist from Cryptopsy helping you producing it helps creating album with wall of guitars.

But apart from brutal elements you can surely hear some calmer passages, during which musicians show that they also know how to compose pleasant melodies. The vocals range from shrieks through screams to low growls, obviously with appropriate effects to make every sound deep and more spacious. The band is definitely taking inspiration from the best in each genre, each track has something that reminds of some other band, "The Empyrean Creed" for example has some sounds that remind me of Abhorrent Decimation. The drum work is really top class, you can hear plenty of blast-beats, bass drums are also very good in keeping the pace of each track interesting, switching between furious blasts and more head-banging tempos.

The basic construction of this EP is that first track is just regular track, presenting the whole variety of tempos that can be found on this release. The grind-core-ish slams co-exist within this track with deathcore rhythms in the style of Hatebreed for example. Then second track with peaceful intro, transforming into Dark-Funeral-paced wall of drums and guitars. I think that I could also compare it to latest Numenorean album, "Adore" and some riffs also remind me of Aversion's Crown's "Xenocide". Same theme from track 2 carries on in track 3, but in a sort of acoustic version. Then on some versions last track "The Empyrean Creed", the one that reminded me of Abhorrent Decimation. And if you have 5-track version, the last track, "Erotic Depravity" closes the EP with another presentation of skills in playing extremely heavy and extremely fast metal, with a little hint of Cannibal Corpse school of metal.

This is a material presenting good variety of elements from the most extreme subgenres of metal, there are echoes of death metal school similar to Katalepsy, some parts are similar to Dyscarnate and all the bands I mentioned above. And everything delivered in a package with interesting melody lines, frequent tempo changes and most of all high technical skills. Good position and I can't wait to hear more, hopefully on some full-length album.