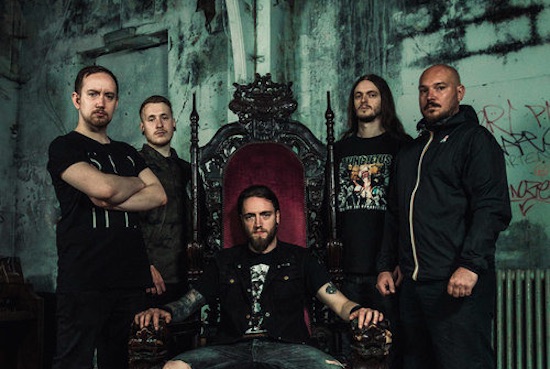 Manchester, UK's slam kings INGESTED unveiled a new music video for the song 'Better Off Dead' from the band's new album The Level Above Human, out since April 27th, 2018 via Unique Leader Records. The video consists of live footage filmed during the sold out London stop of their Level Above Human headlining tour in the UK and shows the band absolutely dominating the energetic crowd.

The group commented on the video, "Today we bring you the release of our brand new video for 'Better Off Dead'. This banger is a clear favourite in the Ingested camp, it has everything you want in an Ingested tune, epic riffs, sick blast beats and disgusting heaviness. Expect to hear this live on The Level Above Human Tour and Devastation on the Nation Tour."