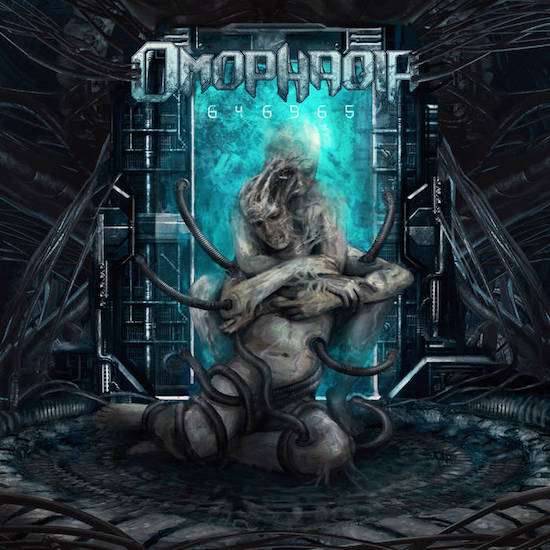 Since it's my first contact with the band I decided to start with their previous album, In the Name of Chaos. It was very Floridian sounding, resembling the sound of Deicide. And I guess that's a good starting point to try to describe their style. This band from Zurich definitely has its roots somewhere in that area. Although, it's more than just fitting into Florida death metal scene. And with their recent album they definitely came closer to typical slam sounding, reminding me of Organectomy, their fellow band from the same label. What else can be said about their style? Definitely fantastic solos, also comparable to what we could hear on "Domain of the Wretched" by Organectomy. With some progressive elements, in the style of middle-aged Death.

From the production style you can definitely hear more low-tuned, more distorted guitars compared to previous album, but the sound is still clear and you can hear all instruments quite clearly. That includes drums and bass line, which definitely helps analyzing each of them separately. Vocals are slightly distorted, but they're still clear enough to be able to understand some of the lyrics.

The drum work is very good on this album, no tempo or level of complexity of rhythm seems to be a challenge for Stefan. Whether it's furious blast-beats or slower, irregular rhythms. Bass line is slightly in the background, but it's following the main melodies perfectly and puts a proper base for the inventive and varied riffs. Guitars provide very interesting variety of riffs, from chunky to more thrashy style, mixing European and American schools of death metal. The vocalist is mostly providing low growls, Beni's vocals sound to me like David Vincent, but with some effects added, giving it more meaty sounding. Getting close to pig-squeaks, but not going into it fully, just short moments, also reminding me of Aborted's vocals at some point, too.

Generally, when it comes to the level of craftsmanship I don't have any complaints. Technically the album is fantastic, and guys know how to compose a track to make sure it's not boring and they take the most difficult constructs head on. We have tempo changes in every single track and basically almost each track has all elements I mentioned above. Compared to previous album it is definitely a step forward, both when it comes to quality of production as well as complexity of songs. Each track provides a rich mixture of what is good in this extreme subgenre. Even with some slower episodes, like in one of my favourite tracks, the closing "Absolute Zero", which I highly recommend. It has everything you would expect from such an album. And it's another example that nowadays there is no clear distinction between genres and their geographical location - Floridian death metal can also be made in Switzerland. That makes me miss Swedish Aeon a lot as they were that unique example of American death metal created in Europe. Well, until they come back from their hiatus, I'm enjoying the fact that Switzerland has got some good new bands releasing good albums now. Science of Disorder, whose roots are deep within American deathcore scene and now Omophagia, who are playing Floridian death metal with elements of slam and progressive metal. Really good album with only few moments when you wait for some amazing solo to start or for the swift change in tempo. If you're patient enough you'll find so many musical gems that your hunger for good music should be satisfied. That includes hunger for catchy elements, too. Well, if you get used to the fact that quite recently it's become popular to release 10-track, 40-minute long albums. Which is a bit short to me, but hey, what can you do?