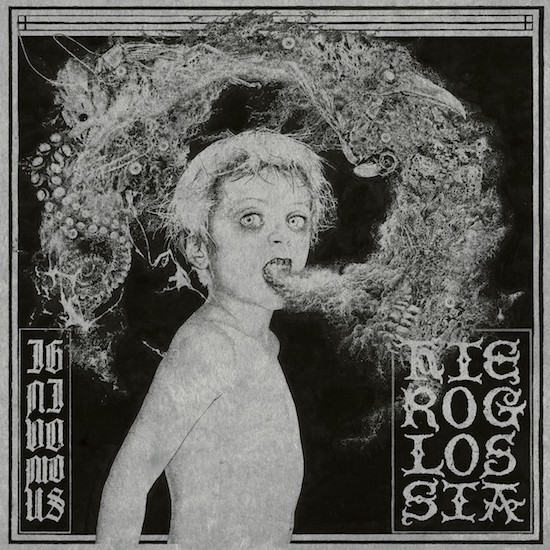 Australia’s Ignivomous are but a new syndicate to me and I was not very eager on hearing their music until someone recommended them to me. Discovering they were signed to Nuclear War Now! and being Australian changed my mind and steered my probing ways. There is something moving around in the waterways over there in the land off the Kangaroo where music is concerned or has it always been that way?; hence, almost every musical effort I find carries the mark of excellence. Latin for ‘’vomiting fire”, once you’ve heard their upcoming 3rd full-length record Heiroglossia you’ll really believe Ignivomous are capable of such. This record is crushing from beginning to end, like an elephant walking on eggshells. Championship-league death metal performance in totality, never surrendering to the very last end. The Australian sub-currents have been on my radar for some time now and with each new group I discover, my liking and gravitation grows. After having made the decision to lend my attention and hear what they were all about; I am more than happy I replied to this recommendation with a yes. If you like death metal that rumbles in your ear like an avalanche, you have found the album which yields to your preference.

Ignivomous are one of those bands you find out about and feel pissed off you had no knowledge about them much sooner. They’ve been around since 2007 in which they released a demo followed by a split and an EP in 2008; however, their first full length record did not materialize until 2009 that appears to have been favorable the least. From there, the band’s talents would go on to be appreciated with a new full length being served-up in 2012. Seven years later Ignivomous return to the ceremony with Heiroglossia, their third full length. Since having such a huge gap between releases, I would only like to surmise that time was used to build their craft and it does appear that way. Heiroglossia sounds like theme music to a village being set aflame, claustrophobic as clouds of smoke and harsh as fire to the soft warm flesh, the crushing scale of this 46-minute death metal gem is one among the likes of Heresiarch’s ‘Death Ordinance’ and companions. Even though having a textual artwork, an image is slowly weaved into the listener’s head as to what the instrumentation and vocals are projecting.

This inundation of chaos is rarely abdicated, though some sections of the music may be slower, the deluge of disgorge is omnipresent. The distorted grip adrift above the music supplies the instrumental arena with even more pandemonium and fear, further fortified and strengthened by their occult themes, Heiroglossia for me is death metal lawlessness. The effort here is incredible, I love every second, every guitar note, every clobbering hit of the drums, every vocal chunder. Gotta have this one on vinyl! An environment of punishment awaits you through songs ‘Heiroglossia’, ‘Circle of Scythes’, ‘Cloaked in Resplendent Perdition’, ‘Shackles of Demiurge’ and ‘Gaunt Redemption Parasite’. I could list every entry on Heiroglossia, but those stand-out most to me. What makes this such a joy to hear is the total play time, 46 minutes of intensity and competent musicianship. Ignivomous don’t bluff nor do they flinch; their attitude, forever nefarious on their 3rd expedition.

I'm blown away by how good of a record Heiroglossia has turned out to be, Australian metal is no joke especially their death and black. Add this masterpiece to your collection if you can, the vinyl comes out on Nuclear War Now! on November 15th, 2019. Ignivomous have tailored a most violent and deranged piece of music that joins my list of 2019’s best extreme metal records.