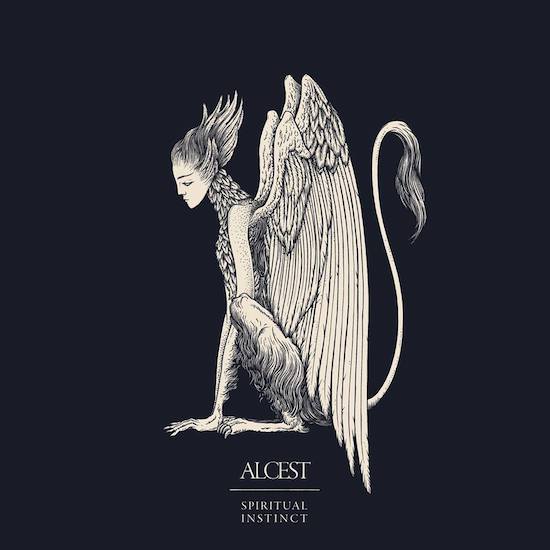 The innovation brought forth by Alcest in the late 2000s expanded black metal beyond its normal reach as it made it possible to describe this music as hopeful, melancholic and dreamy. Coming from a world where despair and anguish were two of the most dominant feelings portrayed, it became quickly obvious that a new layer of classification would be required to incorporate bands that would play this strangely mellower version of black metal. Blackgaze was thus coined to describe this dreamy black metal that incorporated many elements from the shoegaze subgenre.

Alcest can not only be attributed for the pioneering of the subgenre but also for its consolidation as its frontman and mastermind, Neige, was involved in many French projects, such as Les Discrets, Amesoeur, Lantlos and Heretoire which all displayed this introspective and melancholic qualities within the black metal framework. The genre reached mainstream success in 2013 through the album "Sunbather" from American band Deafheaven where Neige is featured a couple of seconds in one song as a nod to the pioneer of blackgaze.

While pioneering a subgenre is quite an achievement it also comes with its fair share of challenges as both musical integrity and innovation are expected in any subsequent release. It could be said that Alcest kept their musical integrity throughout their discography in respects to the shoegaze aspects while the black metal waxed and waned. After a 2014 dream pop/shoegaze album Shelter and a return to their blackgaze roots in 2016 through Kodama, Alcest announced a heavier and darker album for September 2019, Spiritual Instinct.

Spiritual Instinct is not only a very recognizable Alcest album, portraying the ethereal and mellow side of black metal, but also an innovated one where Neige pushed the black metal and post metal aspects of his music to its natural progression. Screams are more frequent, and their quality have noticeably improved since the recording of Kodama. 'Les Jardins De Minuit' and 'L’île Des Morts' are both songs that display this slight increase in heaviness while keeping with the Alcest’s trope of ending a song with a chorus that follows a tremolo picked guitar melody. The song 'Protection' also ends with the similar trope while also adopting a more post-metal type riffing. 'Saphire' and 'Le Miroir' are the best representations of the album’s lyrical theme. The use of crescendos and distant muffled screams at key points in both songs are consistent with the themes of dread and of «the darkness present in each and every one of us» as Neige would put it. A certain serenity coming from the ethereal vocals and reverberated guitars permeates the album but is more clearly present in these two songs.

While darkness, gloom and melancholy are more clearly shown through the longest songs, hope and peacefulness are also emotions brilliantly portrayed through the album. The last song 'Spiritual Instinct' is constructed both musically and technically similarly to 'Délivrance', the last song on the album Shelter which was clearly its high point. So, the album ends with a beautiful set of chorus reminding us that even if there is darkness within all of us, there is still hope.

Spiritual Instinct is certainly an album I would recommend as it is both coherent in its themes and innovative within a subgenre Alcest has itself pioneered. It proves once again that Alcest has not passed its heyday yet.