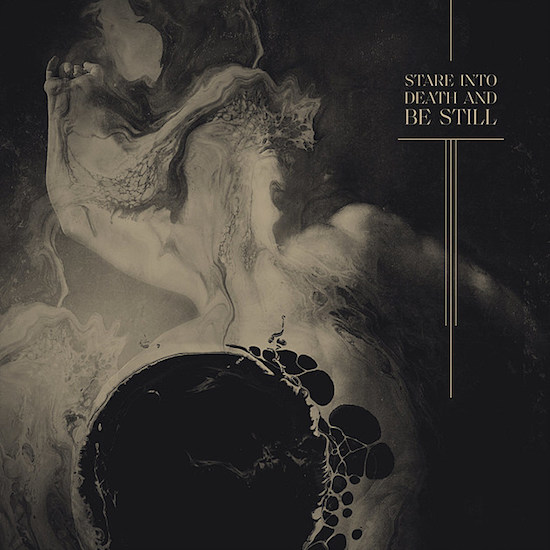 My expectations for this album were unreasonably high before a second of it passed through my ears. Ulcerate are titans of modern death metal, constantly staying at the front of the pack with their inventive embrace of dissonance, atmosphere and dynamics. They were one of the first of their kind, and their influence looms large, commanding a level of respect equivalent to that of Deathspell Omega in the black metal spectrum. In case having a game-changing style wasn’t enough, Ulcerate are also constantly reinventing themselves with each new album, adjusting their scope and changing the tonal delivery radically. They have more deliberate, paced albums and chaotic, nearly incoherent ones, with some coming through with clarity and subtleties and some albums being delivered through a mix caked in filth. I may have a high bar for anything this group puts out, but it’s only because they’ve repeatedly proven they can clear it.

Sure enough, Ulcerate has once again examined their already-groundbreaking sound through a fresh lens. On Stare into Death and Be Still, the riffs cut through with a fresh, crystalline sheen, a sudden shift from the turgid murkiness that defined their last couple of releases. While their trademark dissonant bending is still very frequently present, the band fully dives into experimentation with an off-kilter sense of melody that is more frequently seen in French black metal along the lines of Blut Aus Nord, Deathspell Omega and Aosoth, combined with what I suspect is Icelandic black metal a la Svartidaudi and Wormlust for that harrowing yet beautiful touch. Because Ulcerate are masters of their craft, and already exist in close proximity to the styles they’re drawing from, they’re able to weave their atmospheres into the fabric of their sound effortlessly. 'Visceral Ends' may be as consonant as this band has ever sounded, but it still very much has the Ulcerate vibe, and I’ll be damned if they don’t get some fantastic results out of the fresh textures.

Because I don’t think he gets as much credit as he should, I also have to give credit for Jamie Saint Merat for being one of the most breathtaking and versatile drummers in all of extreme metal. He’s got plenty of speedy chops and intricate fills up his sleeve, but the real magic in his rhythm work is his incredible sense of dynamics. Unlike a lot of drummers, Saint Merat is extremely adept at knowing when to fade into the background and let the space between the drum hits do the talking. A great example is actually in the first track, 'The Lifeless Advance', where after a fittingly overwhelming stamina exercise on the snare, Saint Merat slides into a simpler, more spaced-out beat just a hair before the rest of the riff gets there, immersing you in a moment with an incredible amount of layers given how sparse it is. The amount of ground that track covers is remarkable, and it just might be my favorite on the album - but that’s also because I’m just super excited that I still have seven more tracks to listen to after it. Simply put, Saint Merat is one of the best drummers you’ll ever hear, and let’s not overlook the fact that he has also mixed and mastered every single one of the band’s albums to date, which is likely a huge factor in why each of them has a distinct identity.

Even within their little sonic experiment, the amount of ground this covers is remarkable - whereas some of their other album were just a tad limited by the tunnel vision focus on a certain element (for example Vermis’ concentration of atmosphere, or the constant muddy chaos of Shrines of Paralysis), Stare into Death and Be Still always seems to have a new direction to take, invigorated by the new well of influences the band’s taking from. Every track has at least two masterful rise-and-falls filled with excellent, extra-tasty riffs, with an injection of some more delicate emotions that the band shows hints of before but seem to be riding into full bloom.

With Shrines of Paralysis, I enjoyed it just fine, but over time I found myself neglecting the release, preferring to instead listen to earlier albums. I was starting to worry that Ulcerate would begin to rest on their laurels after a decade of breaking new ground in death metal, but Stare Into Death and Be Still crushes all of those fears within three minutes of the opening track. The switch from Relapse to Debemur Morti for a release partner seems less like a logistics decision and more an intentional artistic choice on the part of the band in order to properly convey their ideological shift. Although modern black metal influence has never been entirely absent from Ulcerate’s sound, it’s more at the forefront on this new album, and the result is the most fresh and exciting album this band has had since Everything is Fire. The kings of modern death metal have once again shown why they deserve the throne.