Ulcerate are nothing short of a landmark in modern death metal. Since their 2009 magnum opus "Everything Is Fire", they have ensnared the majority of death metal diehards with their clinical precision and technicality, harrowing dissonance, and a unique, otherworldly atmosphere. They haven't slowed down, with their newest album "Stare Into Death And Be Still" immediately cementing itself into many "best albums of 2020" lists. Still giddy after listening to it myself, I jumped at the opportunity for a chance to pick the brain of one of my all-time favorite drummers, Jamie Saint Merat. Below are his responses - hope you enjoy reading it as much as I did. 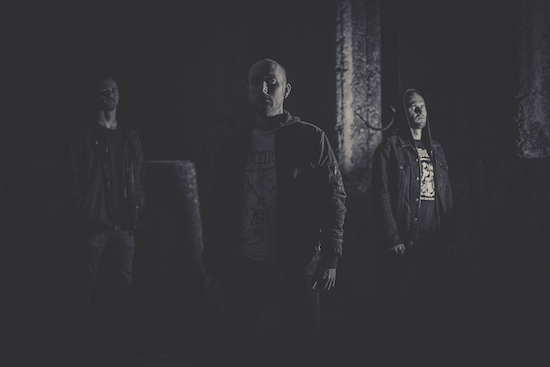 First off, just want to say the new album is fantastic. One thing a lot of people are going to note, I think, is the cleaner, more inviting approach to your trademark dissonance. "Shrines of Paralysis" showed hints of it, but that was still an overwhelming and gritty record in comparison. What, if anything, inspired the change in direction you seem to be moving towards in the past few years?

We're just tired of the nearly 100% dissonant sound, we've exhausted what we can say with it. It's also a sound that is everywhere now, and I don't want us to be just another band swimming in an ocean of thousands. We talked at length about what it is that makes us 'us' - there is the consensus that our most powerful and affecting material is that which leans to the melodic side. We pushed outside our comfort zone with Shrines and this time around we have ultimately drawn a line in the sand for moving forward. Our tastes have obviously evolved over the years and this is just being reflected in the music that we're needing to write. We can't move forward if we're going to be peddling the same sound again and again.

You've partnered with Debemur Morti after working with Relapse Records for your previous two releases. Both fine labels, but was this an intentional decision to indicate a shift in sound, or more just a logistics one in terms of what the labels are able to provide?

Moving to DMP results in a stronger conceptual and artistic alignment. Relapse has always treated us with the utmost professionalism, but when the time came to either renew the contract or potentially explore other avenues, it felt right to move to where we felt a little more comfortable. In terms of sonic direction, neither label had an input on this - we had established the shift in sound long before any label discussions began.

The lyrics on "Stare Into Death and Be Still" feel less...violent, portraying death more as something we gradually come to accept as opposed to something sudden and forceful. Even compared to your early albums, the lyrics are less intense and more deliberate. Conceptually, are you trying to move away from how themes of death and decay are usually portrayed in this genre?

That's a great summation, and actually exactly how we approached things. It's nice to see that we've managed to translate that intent. We knew early on that this material required a more introspective approach thematically, and the path that Paul was heading down early on meshed perfectly with what we were writing instrument-wise. All 3 of us in the last few years have had loved ones succumb to death's grip; in exactly the fashion you talk about. This album explores that horror of passive observation, the somberness of loss. With regards to how this genre typically deals with death et al, I think we've always felt at arm's length from the genre tropes, there's a comic book style shock factor fascination that I left in my teenage years and have no desire to revisit. But I also think the bar is being raised here and there, particularly in black metal in terms of a more esoteric approach, and I think any fan of serious music is going to start requiring something deeper from metal.

I suppose there's no way to avoid bringing it up given the time we're in: has covid-19 affected your touring plans at all, or just how you guys write/practice week-to-week?

Yeah, we've had to cancel North American dates that were booked for November, and we're reworking Australasian dates for later this year. In terms of rehearsals, we've been in full lockdown for the past 7 weeks, so we haven't been rehearsing as a band at all - we're only just back to 'normal' as of this week.

You toured North America in support of "Shrines of Paralysis". Any plans on returning in the distant future? As someone who is jealous of the tours that European countries get, though, I understand the pull to play there over North America - have you noticed a difference between NA/European crowds as far as turnouts at shows and/or in the reception you get?

As I just mentioned the plan was to hit NA this year. In terms of a difference between continents, no not really - the difference is from city to city. Venues often can make a big difference in perception too; sometimes smaller more intimate clubs can elevate the intensity for those of us on stage. And of course, how you perceive your own performance also skews things - hard to gauge.

How did Ulcerate's core lineup come to be? It seems unbelievably lucky that three guys with such a unique and specific taste in death metal would find each other in a country with a small scene like New Zealand.

All 3 of us have grown up together essentially. Mike and I met at high school, so our tastes developed in unison. By the time we started the band there was a small circle of friends here in Auckland that formed a good number of the death and black metal bands, and for the most part we all seemed to agree on what constitutes 'good' metal. Paul had his own band Asphyxiate, that was in the same sonic ballpark of our early material, so everything made good sense.

Why death metal? What makes it your favorite genre of music (if it even is), and why is it the best medium for your artistic expression?

Why not? When you're a teenager wanting to emulate your favourite bands you aren't thinking 'is this the right vehicle for my artistic expression?'. That concept for us didn't develop until we were at least one or 2 albums in. And by then you've grown some sort of identity that you can channel expression through. Ultimately, we've all been listening to this type of music for our entire adult lives, there's nothing remotely unnatural about playing this style of music. I don't really see any distinction between death metal and any other genres - they're all serving specific needs. And for other modes of expression, we have side projects and personal explorations.

Did you ever think you would be as influential to modern death metal as you currently are?

No of course not, and it's still a little uncomfortable. Which I think I alluded to in your first question, it's hard to get this far in and then hear a plethora of other bands doing things that feel like they're reflexively 'yours'. Make no mistake though we are as to other bands as other bands are to us, and this is what propels art forward. Steal things and make it your own.

Do you try to keep up with new bands? You guys are certainly pioneers of death metal in your own right, are there any up-and-coming extreme metal acts that you think are bringing something new to the game? 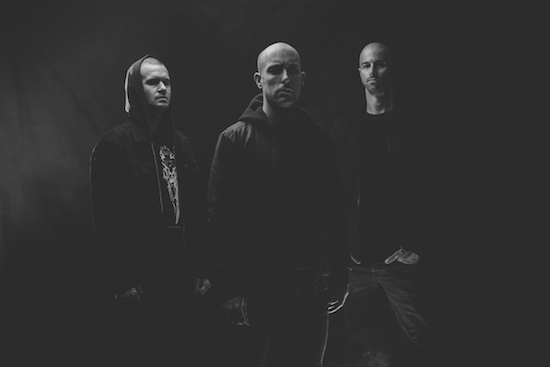 One thing that makes Ulcerate stand out to me is the sense of atmosphere you bring to drumming. You've got the speed and chops like any good death metal drummer should, but your rhythms are equally captivating when you strip them down. Who or what would you say your main drumming influences are, particularly for the slower, more sparse stuff you play?

Most of my influences in terms of facility at the kit aren't metal players - guys like Benny Greb, Chris Coleman, Dave Weckl, Jojo Mayer, Gavin Harrison et al. Most of what I get from these kinds of players is the sense of musicality - how they approach dynamics, tone, space between notes etc. Obviously in harsh metal you're somewhat confined due to the sheer volume and aggression that you need to convey, but I do what I can. Like you said, anyone can play fast, and to me 16th note single strokes at high rates is the bricks and mortars of metal playing - but then what? Where do you take it from there, how do you make it your own?

You've also done the artwork for every single Ulcerate album yourself - layout and everything. How important is the visual aspect of your music to you? How does the visual art intertwine with the writing/recording process?

The artwork and presentations provide the missing visual element to music, they frame the context and complete the picture so to speak. We've always strived to be as self-sufficient as possible, so it makes sense for me to handle that side. These days there are many artists who utterly eclipse any sort of skill I have, but at least for us the art is a true extension of the music, and not too many bands can say that. I'll usually start forming ideas once we have a solid direction for the music and enough lyrics written that there's a clear vision for what we're trying to say. The visuals and audio material usually dovetail at the end of the process.

Being a drummer, recording engineer, and visual artist, you're a pretty multi-talented individual. I assume you have a day job as well - when the hell do you sleep? What kind of time management wizardry do you have going on?

Firstly, I don't consider myself an engineer and visual artist, these are hobbies or interests to me that allow my projects to be self-contained. And yeah, I have a career in web development /interface design outside of the band. My time management wizardry involves being swamped almost all the time (laughs).

Thank you for your time in answering these questions. In closing, what advice would you give to aspiring musicians who wish to follow in your footsteps?

Listen broadly, find something to make your own, don't cow to trends. Pay attention to the traditions of your given genre, know its history.