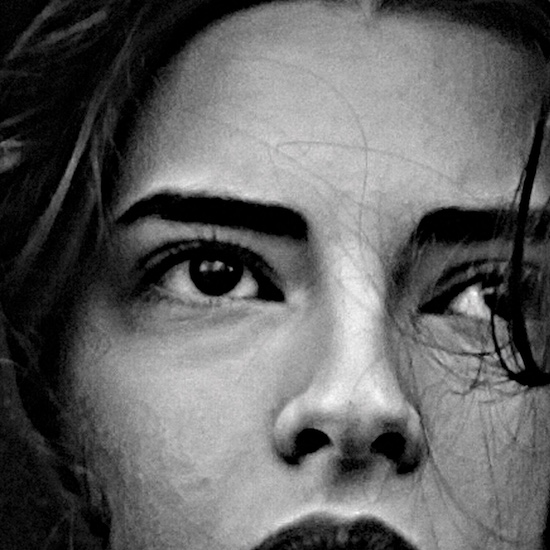 Rzeczom is the second album of the Krakow duo. After a punch in the mouth which was Esperalem Tkane I was waiting for its successor - and it finally happened this year, with the participation of Godz Ov War Productions. The album consists of 10, or in fact 9, pieces of big-city, iconoclastic poetry carved on a black metal basis. Why 9 if it’s 10? Because the last piece is rather a sonic lyric that closes the album.

I have to admit right from the start of this review that I absorb this poetic-lyrical whipping into human nastiness with undisguised pleasure from the first sounds of the music box to the last notes. From the first word spat out by Stawrogin, to the unspoken ‘I’m Not From Here’. I am not tempted to interpret Odraza's poetry, but I encourage you to follow it, because although it is stinging, it seems very accurate. I encourage you to experience musical experiences with no less force, because Rzeczom is a real feast of various sensations, from the gray of sadness to the gloom of anger - and even hatred. Lashing with black blasts, ‘Schadenfreude’, ‘Świt Opowiadaczy’ and ‘Bempo’, rape the eardrums, and the slower bits here and there are only a delusion of hope for respite - that will not come.

My favorite title track seems to be a band-aid for the wounds after the first bruising, but it is venom-lined, so the festering will go on. Mid-tempo ‘W Godzinie Wilka’ and ‘Młot Na Małe Miasta’ perfectly fester and drill into these wounds. ‘...Twoją Rzecz Też’ is also the most controversial track on the album. Like a cover of a ballad once performed by a local band. This rough performance shows the band's artistry, how a piece of a diametrically different nature can be weaved into a black, gushing with evil, album. ‘Długa 24’ is the shortest creation on the album, and why a creation, because it is more of a short, cool tale dressed in music, but so perfectly integrated into the album.

We can hear a similar atmosphere in ‘Najkrótsza Z Wieczności’, although it is foggier and more nostalgic here. The instrumental ‘Ja Nie Stąd’ ends the album. Here, the nostalgic beginning develops into a real slaughter. The track, lacking the vocals, makes up for it with an instrumental layer. And just like that, the deadly blows will continue on indefinitely, if you’ve succumbed to the deep waters of Odraza.

This album is great to listen to, and if you considered Stawrogin to be the perfect war machine for the metal of death and hell, then reach for this album to see how well it can transform into Mr. Mateusz. One cannot forget about the other instruments that intensify emotions. The work done with the hands and feet of the Priest confirms his class. The whole section gives the album incredible power. Sars is responsible for the visuals, and his different perspective is equally significant. These beautiful, though deeply sad eyes, looking from the cover - in combination with the content of the silver disc - raise the hellish magnetism of Rzeczom.

Polish black metal is just great, I've heard so many bands from the region and in most cases regardless of whatever form of black metal they tackle, they do it with astounding results. The same can be said about Odraza, whom incorporate numerous features in the assembly of their music. There's no need to wonder if the band's second full length "Rzeczom" is up to standards as it features members of not too long ago formed Gruzja and more notably Voidhanger. However, if you're not the kind that goes off of band involvements and previous accomplishments, then listen to the album that premiers on MetalBite today (to be released on May 8th, 2020 via Godz Ov War Productions) and then try to convince me you don't like and appreciate what you hear.

"Rzeczom" is a musical roller-coaster and then some; however, these unorthodoxies are implemented with respect to the music and black metal in the greater scheme of things. From the childish and eerie strokes of an electronic device on 'Schadenfreude' to the grown-up rage filled blasting and riffing, Odraza begins the musical fair with a total storming of the instruments resembling a cross between Hate and Arkona. This track pretty much hands you the aggression early-on, but also adds to the black sauce an atmospheric beauty via looming landscapes.

Don't be misled by title track 'Rzeczom' (through its bouncy, rock and roll mid-paced opening) for some unguided attempt at an unconventional black metal composition, as you would notice with progression, the song carries much cohesion and builds like a crescendo through the slow but timely inclusion of synth choirs to deepen and move further the feeling of the song away from the traditional black metal sway. Yes, it certainly is a curveball tossed at the listener diligently, but once listened to you'd begin to understand how important and necessary this was to keep the record fresh and to a degree unpredictable. It does exploit some black metal characteristics, but they’re done more toward the end.

As if the album could not have been any more experimental with a song like 'Rzeczom', in comes '...Twoją Rzecz Też' with perhaps the most unorthodox piece of music on the album. Pianos, acoustic guitars, a drum roll, power chords, then followed by some wacky, carnival-esque tone and composition, the material would take a brief turn into an even more unrecognizable pathway that'd even intentionally put on a clumsy display of drumming and out of sync instrumentation somewhere along the line before reconnecting with something more followable. Even amidst the black metal bullet-storm that is 'Bempo', Odraza would subvert the music through a thin but noticeable act of technical progressive metal at the beginning, amusing all the while masterfully doctored.

The thing I'm getting at here is that regardless of the measures taken by the band to make the material unorthodox, within the bosom of the songs, lies a great volume of cohesive flow and sensible instrumentation. 'Dulga 24' sounds connected to '...Twoją Rzecz Też' and its successors 'Świt Opowiadaczy' and 'Młot Na Małe Miasta' appear to be extensions of 'W Godzinie Wilka' (a favorite off the album). Though suppressed at times the black metal in itself may be on "Rzeczom", this tucking away and blindsided re-emergence of the genre's properties, challenges the listener to pay attention while simultaneously evoking much enjoyment via the numerous cards played in the name of heterodoxy. Simply put, "Rzeczom" is the collateral sounds of misery, anxiety and degradation in a hollow shell, a near perfect imperfection.