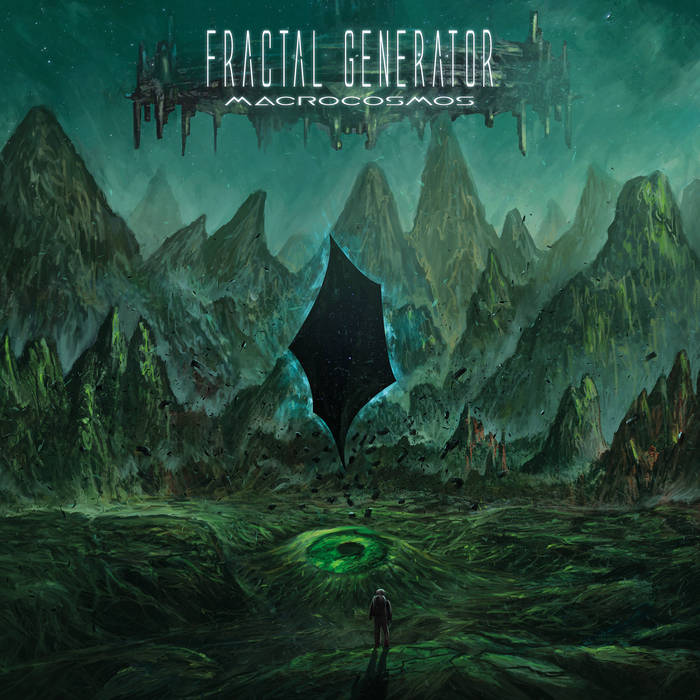 I get that it’s easy to miss new cool sounds with the ridiculous amount of new bands forming and the information overload and tailored-recommendations-into-oblivion that the internet tends to provide, but even so, I like to think I still have a pretty good handle on what’s going on with extreme metal in my own province. Then a band like Fractal Generator comes along and just completely blows me the fuck away and makes me realize how little I know about the music. I mean, I would have expected something of this caliber from a region like Toronto or Montreal, but Sudbury, with a population of just 125,000? That just doesn’t happen. Not something that immerses me so immediately and keeps me hooked the whole way through several listens later. Hell, that’s rare for music to do to me in general!

After looking into the members behind this band, it seems the ringleader is Darren Favot, who appears to be some kind of secret extreme metal polymath. Besides being the sole constant in Fractal Generator, as he’s also the founding force behind atmospheric black metal project Finnr’s Cane, an amazing post-black band for those of you that like your Alcest and Lantlos. Both bands are very atmospheric, but that is all they have in common, and the means by which they achieve their otherworldly vibes are very different. Finnr’s Cane uses simplistic beauty and the space between notes to achieve the feelings it does, and Fractal Generator uses claustrophobic, guitar stuttering in a suffocating vacuum of production to create atmosphere through musical entropy. Warforged isn’t a terrible comparison, as they have a similar means of creating texture in the guitars, but the end result sounds more like the churning, clinical moments of Morbid Angel and Aeon with some of the modern sci-fi flourishes of artists like Blood Incantation and Artificial Brain. Influences aside, there’s something to these riffs that is completely their own - there’s a lot of melody added as a garnish, even though the album rarely relents with its hyper-precise pummeling. It overwhelms you, but it’s breathing, in, like, a fourth-dimensional way you can only fully understand on psychedelics.

Fractal Generator has a full-length out before this one, and while I’m still pissed I slept on this band until this year, I don’t think the first album would have grabbed me in the same way this did. I definitely would have been impressed by Apothosyntheosis, it’s still technical, distinct and gives the feeling of being trapped in a cosmic maelstrom, but the song structures don’t feel as complete and don’t flow as well. Macrocosmos, on the other hand, has trimmed some fat, smoothed out the transitions and focuses the songs more. Tracks don’t venture all over the place, instead using hints of black metal-tinged dissonance, cybernetic beeping and synthesized echoes to keep you captivated as the robotic drums and dry chugging grind you in their gears.

By fine-tuning their aesthetic, the album feels more complete from start to finish, with each song exploring a more specific theme or texture within the greater context of the album. They’ve toed the line perfectly between creating dense, heady guitarwork that sounds active and challenging to play, while still keeping a sense of groove intact that constantly drives the song forward and keeps it catchy. With Hate Eternal-inspired riffs that have a natural aversion to melody, that’s especially impressive, and in the past has only been done by Morbid Angel, Hate Eternal on their early stuff, and...that’s about it really. Fractal Generator has it all: a cool, unique vibe that draws you in right away, enough skill and diversity in the riffs to make you stay for the entire album, and just enough odd twists and turns to make you go ‘fuck, I wanna hear that again’. If this was released in 2020 it would have been a top-5 album of the year for me without issue, so I guess 2021 has an extremely strong front-runner on my year-end list right off the bat. Macrocosmos is never boring, and the band’s potential seems limitless right now.